"This is it... but I'm not gonna break down in tears just yet." -Trent Reznor on stage 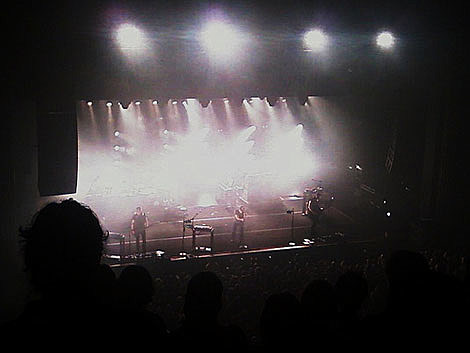 Last night (September 10th) was the rescheduled final stop on NIN's "last" ("Wave Goodbye") tour. The show was at the Wiltern in L.A. and ran over three hours and featured many of the same guests that appeared at the previous LA show which took place at Henry Fonda Theater in LA two night earlier. Nine Inch Nails played four LA shows total, two in Chicago, one in Toronto, and four in NYC. Peter Murphy was a special guest at the last two NYC shows at Terminal 5, and at the two in Chicago. Show openers changed along the way, and were either The Horrors, Mew or HEALTH.

In one clip, posted below, Trent (again) explains that he and the band will still be making music, they're "just not going to tour as Nine Inch Nails" (he also said he wouldn't perform The Downward Spiral again).

The setlist, and a bunch of videos from the show, below... 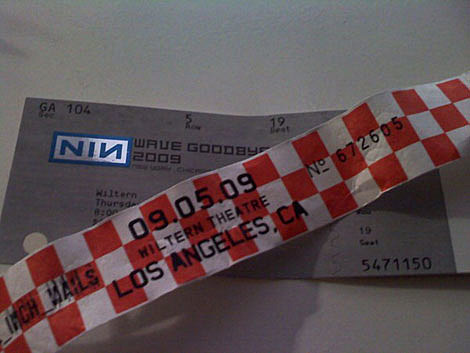 Trent Reznor talks about NIN plans for the future. Live at Wiltern 09-10-09