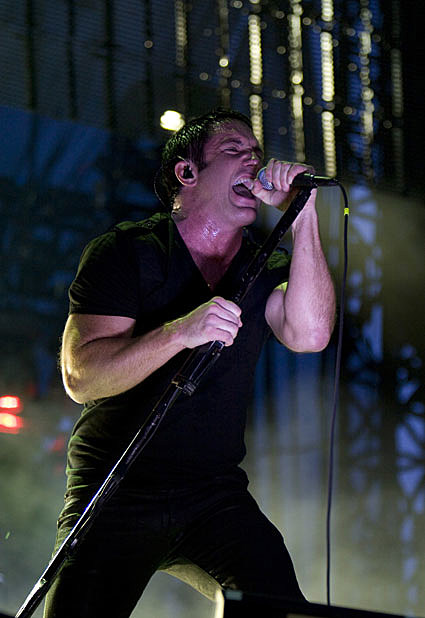 8:22 p.m. Sunday: Nine Inch Nails comes onstage decked out like an urban S.W.A.T. team and proceeds to lay waste to the north end of Grant Park. Trent Reznor is scary-intense, sounding possessed on blistering versions of "Discipline" and "March of the Pigs," the aural equivalent of being run through an industrial sawmill. Despite the intensity of the music, the crowd [that probably contained many less 'bros'] doesn't respond with the mindless violence that interrupted Rage Against the Machine's performance on several occasions the night before. It could be that Rage directs its anger outward, whereas Reznor's music internalizes all of the pain and frustration ("I'm all alone," he yelps on the scalding "Terrible Lie"). (AD)

8:40 p.m.: Kanye West enters, and right away it's apparent that the hip-hop giant with the oversized sunglasses and an even bigger ego has retooled his set rather than rehashing the ambitious space opera he brought to the United Center a few months ago. This is more of a greatest hits set, with a cracking band. West brings his usual intensity, but this time there is an air of celebration. He was clearly thrilled with his performance on the same stage two years ago, when he shared the spotlight with fellow Chicago rappers Common, Lupe Fiasco and Twista. This time, there are no cameos, but West carries the show with no shortage of energy. "We put the city on the map," he crows. "I put the city on my back." With the city spread out before him on another just-right summer night, who could blame West for strutting his stuff? (GK)
[Chicago Tribune]

And that's how Lollapalooza ended last night in Chicago. More pictures, and the setlist, from NIN's performance below... 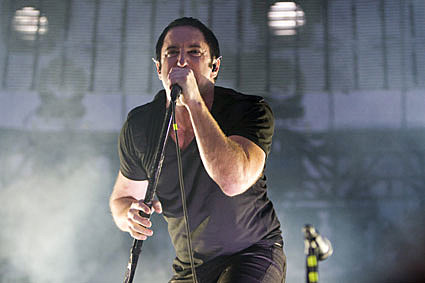 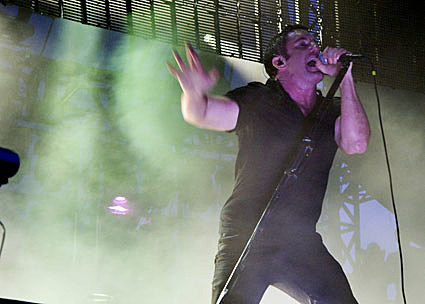 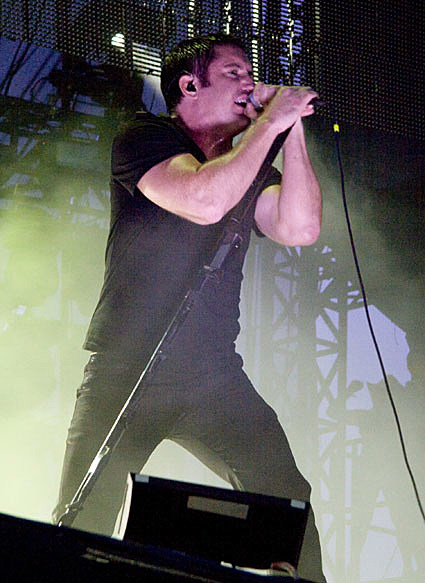 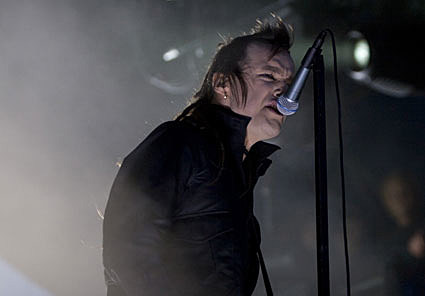 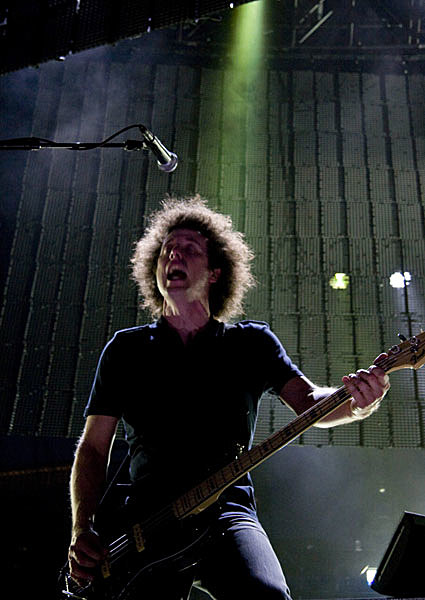 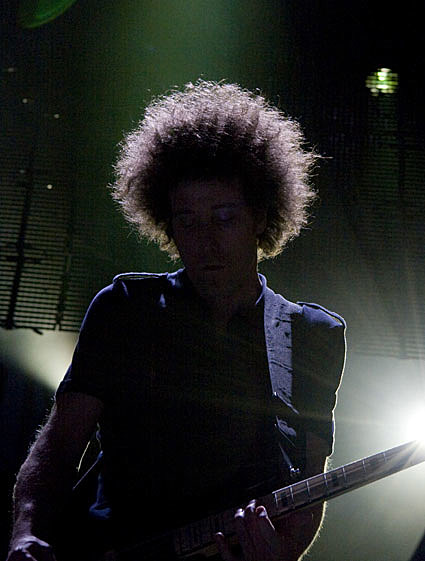 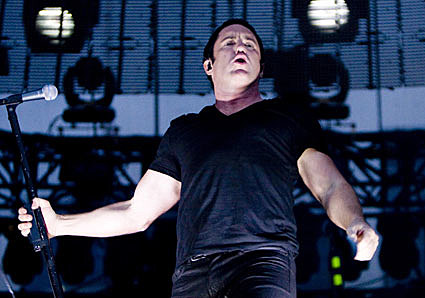 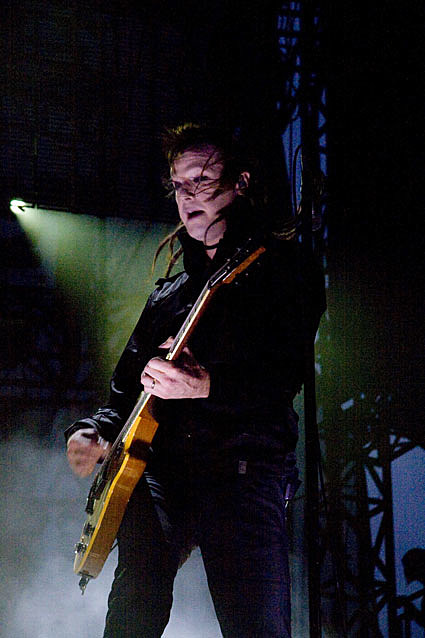 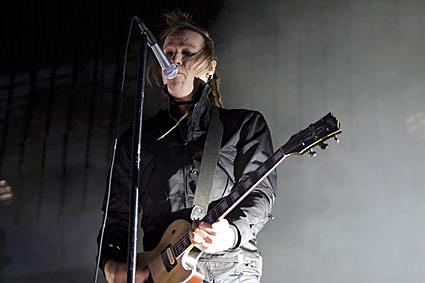 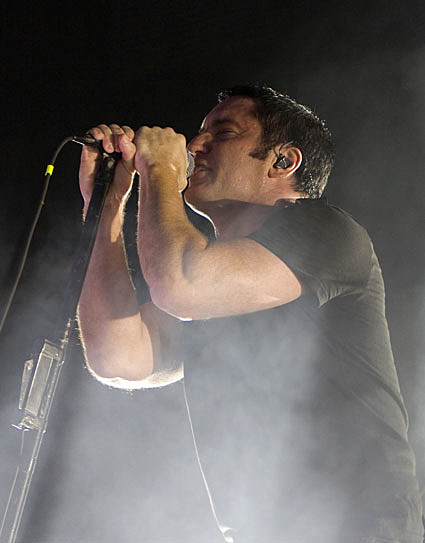 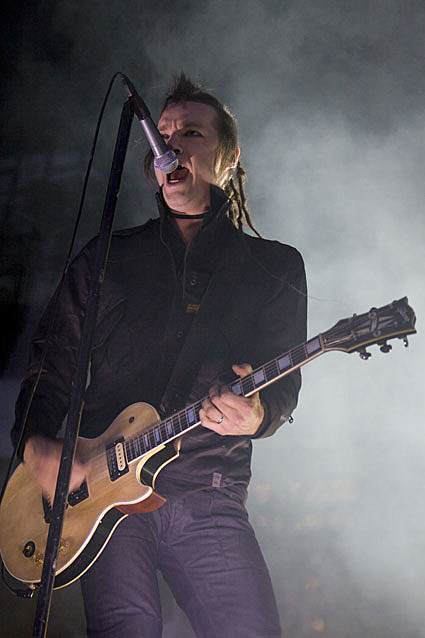 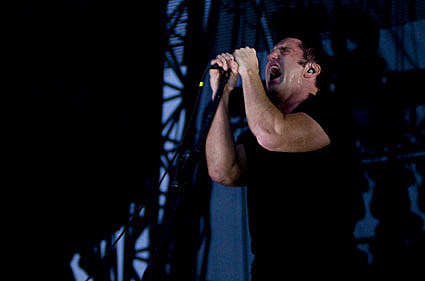 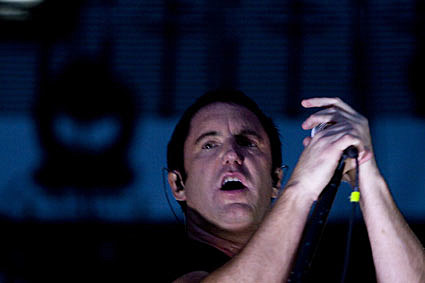 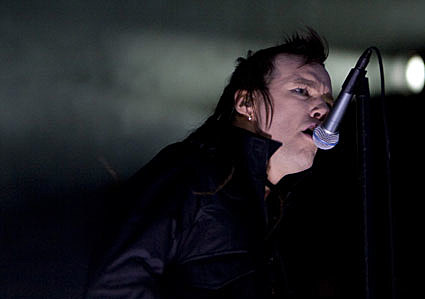 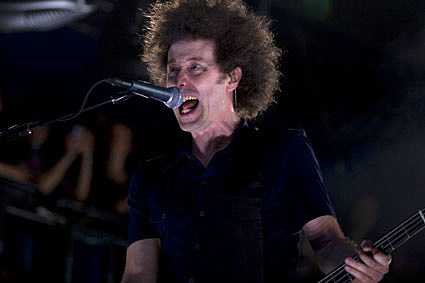 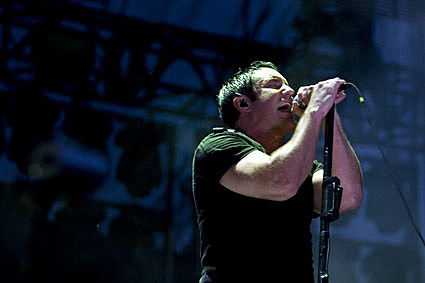 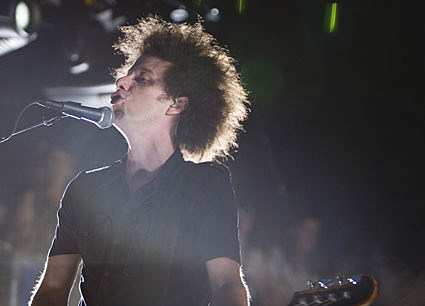 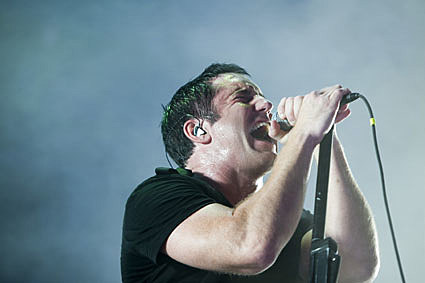 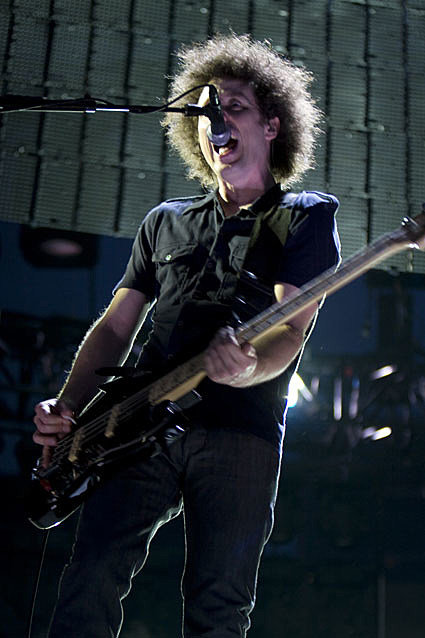 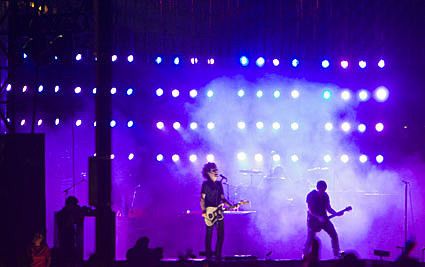 NIN Lollapalooza setlist
999,999
1,000,000
Letting You
Discipline
March of the Pigs
The Frail
Closer
Gave Up
The Warning
Vessel
Ghosts 5
Ghosts (I Think 30?)
Ghosts 19
Piggy
The Greater Good
Pinion
Wish
Terrible Lie
Survivalism
The Big Come Down
Only
The Hand That Feeds
Head Like a Hole

(encore)
Echoplex
Hurt
In This Twilight