Ninjasonik at Bowery Ballroom in July (more by Leia Jospe) 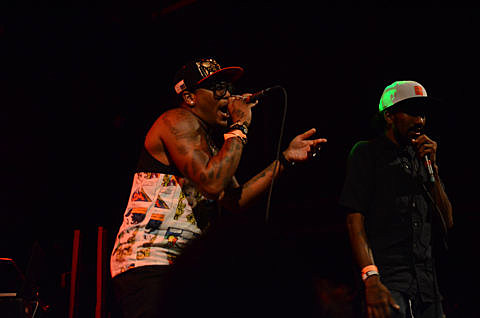 Brooklyn bands/friends/collaborators Japanther and Ninjasonik have a local show coming up together which happens on November 27 at Cameo Gallery. Tickets for that show are on sale now.

In addition to that show together, both groups also have other upcoming shows in the area. Ninjasonik will play a CMJ show at The Studio at Webster Hall on October 18 with Chuck Inglish of The Cool Kids, Vault Boys (Heroes & Villains), MopTop, Chase N Cashe, ASAP TyY, GDP, Vyle, Blvckalfred, and Curtains. Tickets for that show are on sale now.

Meanwhile, Japanther will open for the current incarnation of The Misfits at their annual Halloween show, which happens at Highline Ballroom (10/31) with Attack and Heart of the Matter. Tickets for that show are still available. After that, they'll head out on a tour supporting The Coup which hits NYC on December 6 at Bowery Ballroom. Tickets for that show are on AmEx presale now and go on sale to the general public Friday (10/5) at noon. All dates on that tour are listed below. 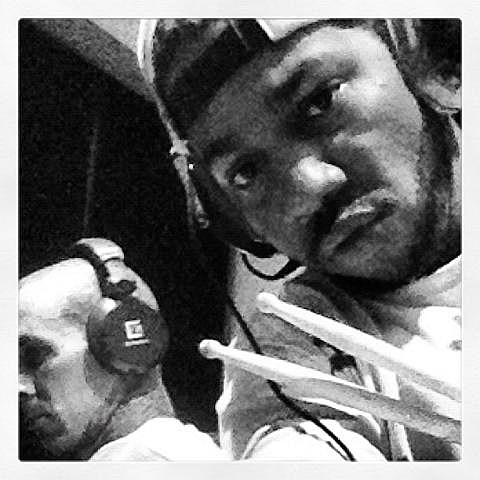 Speaking of Chuck Inglish, yesterday (10/2) he revealed on twitter that he's working on an instrumental album with Blink-182 drummer Travis Barker. That's the two of them pictured above in the studio together. Travis, who has a longtime interest/involvement in hip hop, is also releasing an EP with rapper Yelawolf, titled Psycho White, which is due out on November 13 via Shady/Ghet-O-Vision/Interscope Records. The EP features two collaborations with Rancid frontman Tim Armstrong, and you can download one of those, "Push Em," at the top of this post or stream it below, if you dare.

That stream and a list of all dates below.