Judas Priestess at Europa on January 2011 (more by Keith Marlowe) 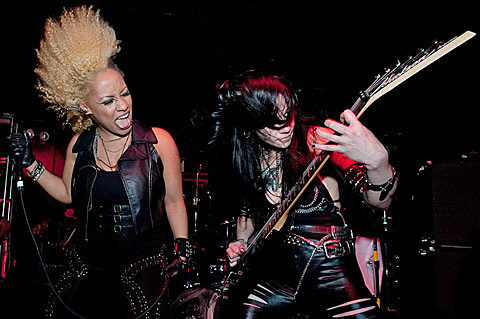 Indian Larry's annual Grease Monkey Block Party goes down on September 22, and as usual it will feature its bevy of motorcycles, vendors, food, and so much more. In their ninth year, the block party (located at 400 Union Ave) will also feature live music starting at 1PMl, including a set from headliner Judas Priestess with Wrench, Sea Monster, and many more over the course of the day.

Full line-up and flyers are below, along with related video. If you're a fan of bikes, bevs, bands and babes, its worth a look. 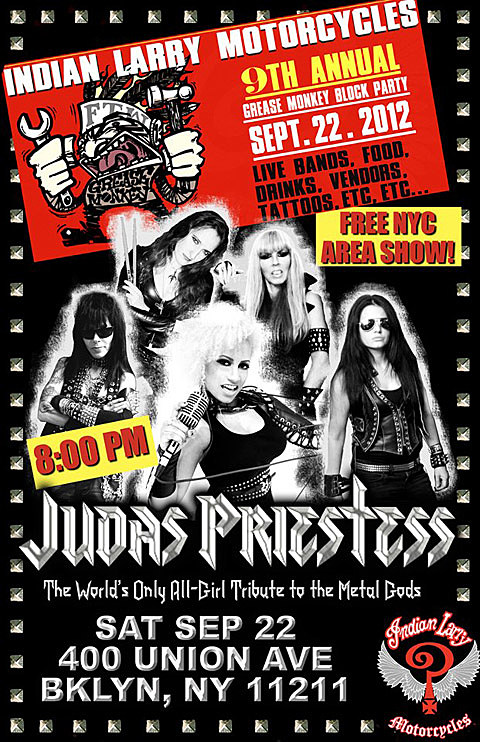