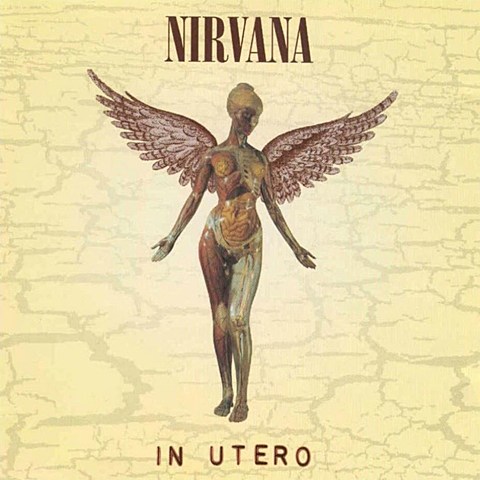 Like they did in 2011 with Nevermind, Nirvana will be giving their final studio album, 1993's In Utero, a 20th anniversary deluxe reissue this year. The reissue will include the original album (remastered), unreleased demos and b-sides from the era, and a full live concert (audio and video) of their December 13, 1993 concert on Pier 48 in Seattle. It will be released as a "super deluxe" version with three CDs and a DVD, a regular version (double CD or triple LP), and the concert DVD will also be released on its own. They all come out on September 24 via Universal.

Meanwhile, in slightly related news, here in the NYC-area (specifically Hoboken), we've been commemorating rock club Maxwell's, which closes this Wednesday (7/31). Many of the bands who played there back in the day, have returned this summer for a final show, but one band that played there and can't do that (for obvious reasons) is Nirvana. They played a show there in 1989 (that NY Mag discussed in their recent oral history of the club), and thanks to a good samaritan YouTube user, we can watch (almost) that entire show. A 20+ minute video from the Bleach-heavy set (with only a few songs missing) is below.

The second to last show is tonight with Lee Ranaldo, and it closes for good on Wednesday after a block party outside and indoor sets from The Bongos, The Individuals, and more. Earlier this week, Mission of Burma played, followed by Real Estate and The Feelies' Glenn Mercer.