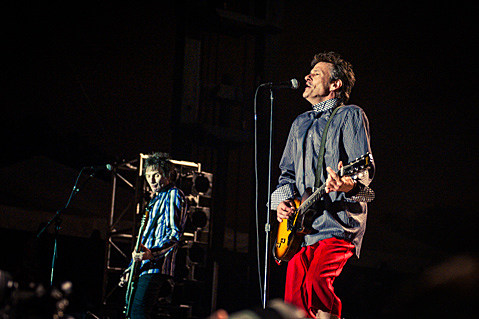 The Rock and Roll Hall of Fame announced its 2014 nominees (via Rolling Stone), and the list includes Nirvana who are finally eligible (your first single or album had to come out 25 years ago, and their "Love Buzz" cover came out as a single in '88), plus The Replacements (!), Peter Gabriel, The Zombies, Link Wray, Hall and Oates, Yes, Linda Ronstadt, and Cat Stevens, in addition to artists who have been previously nominated, N.W.A, LL Cool J, Chic, The Meters, Kiss, Paul Butterfield Blues Band, and Deep Purple.

From now until December 10, you can vote for nominees on Rolling Stone, and the winners will be inducted at the ceremony in NYC this April.

Nirvana are also celebrating the 20th anniversary of In Utero this year and The Replacements are in the midst of a reunion.