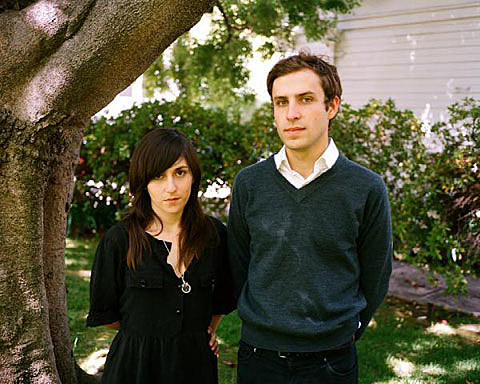 Nite Jewel, Ramona Gonzalez and collaboratot Cole M. Greif-Neill, have a new EP, Am I Real?, out digitally now (and on vinyl August 16th). It's streaming on their site currently.

"In the last two years, somewhere in between the bedroom & the studio proper (the living room?), the 6 songs of 'Am I Real?' were made and the tape hiss barely made it (please see b-side opener 'Falling Far'). Featuring subtly re-vamped & improved selections from last year's hard-to-obtain 'You F O' euro tour cd, the ep also offers the newer fully established ornate melancholy of 'Forget You & I' and the sophisticatedly restrained funk of the closing title track featuring Daniel & Andrew Aged of Teen Inc. Also found on this release are the further benefits of master facilitator & now-official NJ band member Cole MGN." Jason Darrah, Gloriette Records

The group is reportedly working with with Dam-Funk and others on a second album due in the way off future of winter 2011.

Nite Jewel's upcoming tour dates include an August 9th show at Mercury Lounge with Violens and Prince Rama. Tickets are on sale. Then they have a double blast of shows on Saturday, August 14th. The first is a gig opening for Neon Indian, Prefuse 73 and Dom at their free Beach at Governors Island show. The second is a headlining show at Glasslands with The Samps, Blood Orange and Arp (who recently played Warm Up at PS1). Tickets are on sale.

Arp, as Pitchfork points out, "will release his latest full-length. The Soft Light [on] September 14 via Smalltown Supersound". An MP3 from that album is above...

"Leading up to the release of The Soft Wave, Alexis Georgopoulos [aka Arp] composed his first score for modern dance in Replica, a duet between Merce Cunningham and Trisha Brown dancers, which debuted at New York's New Museum. He played a live score to artist Doug Aitken's film Migration at 303 Gallery (New York), participated in the Boredoms-curated 8.8.08 88-drummer extravaganza in Los Angeles, and remixed Lindstrøm. His music was featured in director Gary Hurstwit's film Objectified. He also made music in Q&A (formerly Expanding Head Band), his new DFA project with partner Quinn Luke, and his band The Alps released two albums III & Le Voyage (Type) to critical acclaim. ARP shared bills with Cluster on the coast of Big Sur, Sonic Boom, White Rainbow, Four Tet, Lucky Dragons, Growing, and Wooden Ships, among others. The track "Potentialities" from In Light was recently featured on James Holden's DJ KICKS. Most recently, he released FRKWYS Volume III, a collaborative album with minimalist composer Anthony Moore, as part of RVNG's new FRKWYS series. The duo recently performed with a string section as part of New York City's Wordless Music Festival."

All tour dates, Nite Jewel EP art and both album tracklists, below... 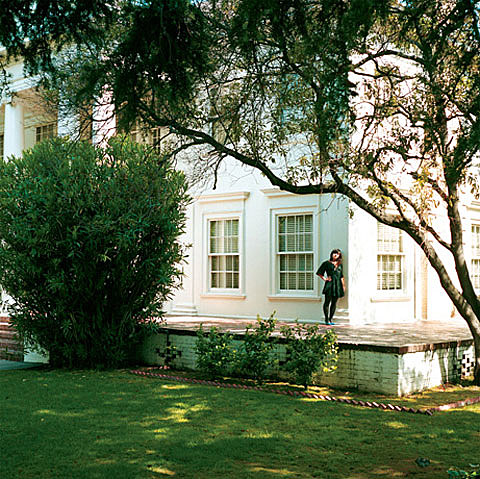