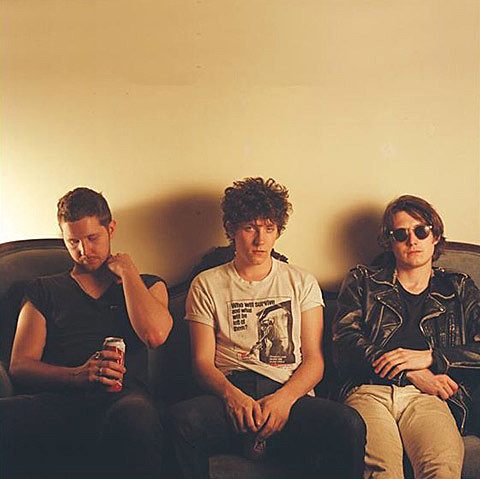 If you haven't heard of Brooklyn trio Public Access TV, well that's because you're not a British music journalist. They've already been acclaimed by the likes of Q, The Guardian and NME who called them "New York's hottest new band" before they even played their first live show -- which was at NYC's Niagra in January. (Lindsay Lohan and Alexa Chung were there.) PATV is fronted by John Eatherly who was in Be Your Own Pet and also played in Eleanor Friedberger's band and The Virgins for a while. Guitarist Xan Aird was also in The Virgins, and drummer Peter Baumann is also in Grand Rapids.

As for what they sound like, Eatherly knows his way around a hook and PATV's guitar pop seems directly decended from Phoenix and The Strokes, with a little hyperactive 1979 new wave in there on tracks like "I'm Allergic." Stream a couple songs below and look for their debut later this year.

You can also see Public Access TV live, including a few shows in the NY-area. They play NJ's Wonder Bar on July 29 with Reignwolf, and then a free late night show at Mercury Lounge on July 31. Then they'll play Baby's All Right on August 14 with Chicago's Twin Peaks, and Lemons. That's an all-ages show and tickets are on sale now.

After those shows, PATV will be on the road for a few shows with The Features. All tour dates are listed, along with song streams, below...