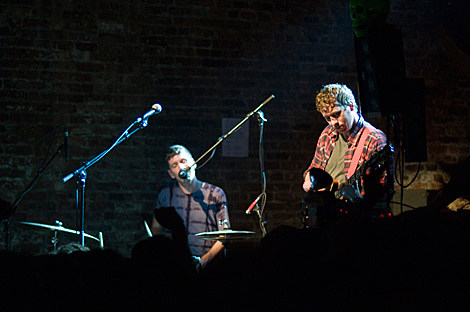 Signing to Sub Pop - "It feels like a dream" - was another move that neither the band nor their fans anticipated - and it has been a fantastic partnership so far. "It's a trip, I think they really follow their instincts, and they have good instincts," says Randy [Randall of No Age]. "They are professional but they are also not afraid to take chances on stuff they believe in. It's a really supportive place to be."

One person who wasn't so supportive of the band was a fan who messaged their myspace site to tell them they were hipster losers who deserved to rot in hell. "It's kind of one of those things that seems so surreal," laughs Randy incredulously. "Just as crazy as it is for people to like us, I think it's just as crazy for people to not like us, to care that much one way or another. When you get something like that in some way it's a form of flattery too, that we actually upset somebody."

As expected, the band didn't take it to heart. "I think criticisms of us are totally valid - we accept everyone's point of view," says the well-balanced pacifist. "I don't think we're the best band in the world - I like us, I like what we do, but their criticism went a bit above and beyond - there was something about being sodomized in hell by the devil...!" [Sweet Oblivion Blog]

No Age has another Sub Pop release on the way. Their Losing Feeling EP will be out October 6th on 12" vinyl and MP3s through the label, and it's streaming now at subpop.com (for the price of your e-mail). About the EP: "All four songs were written in the band's practice space. 'Genie' was even recorded there; the other three were recorded at Infrasonic Sound. All of it took place in Los Angeles."

The band are wrapping up their 'round robin' tour with Dan Deacon and Deerhunter this weekend with an August 8th show in Chicago. That's one day after all three appear at Lollapalooza (the big fest this weekend that counts Tool, Yeah Yeah Yeahs, Jane's Addiction and Depeche Mode among its headliners).

No Age will be at ATP NY on September 13th where they perform the songs of Husker Du (tickets are still on sale), AND No Age will be back in NYC for a headlining show at (Le) Poisson Rouge on October 14th (Jay Reatard is playing there in October too). Tickets are on sale now.

Also: Pitchfork reports that "[No Age] will bring their live score for Jean-Jacques Annaud's 1989 film The Bear to the New Museum in New York City on October 16. It was premiered at the Seattle International Film Festival in June." Maybe there will be a NYC show on the 15th too - no official tour around that time has been announced yet. Stay tuned.

New album art and all currently known tour dates, below... 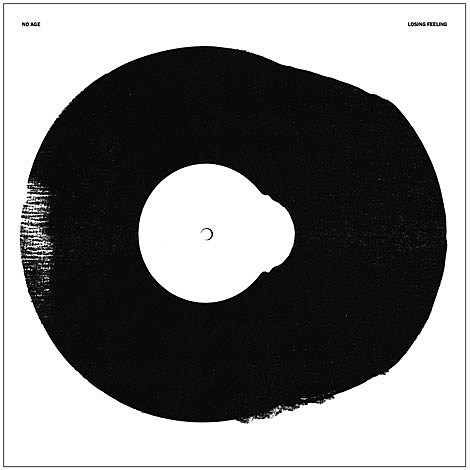