Dan Deacon @ Broadway Backyard in May (more by Tim Griffin) 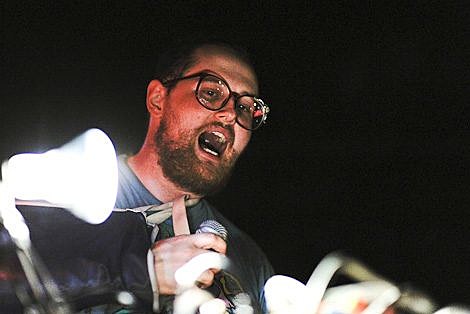 "When we talked with No Age's Randy Randall recently, he explained that his band's forthcoming tour with Dan Deacon and Deerhunter wouldn't simply be a round robin, with each band taking turns. Instead, all three bands will collaborate on a seamless piece of music, with everyone helping out with everyone else's songs: "We're looking to really kind of meld together the ideas that currently exist in one band's song, and then augment them, either by having other members play together or adding something new to the song that'll transition to another song. So you'll still hear Deerhunter and Dan Deacon and No Age songs, but they'll be boosted in a way by having other members play in them as well." [Pitchfork]

The Brooklyn show is Sunday, August 2nd at "Jelly Space 2009". That of course means it will be a free show at the Williamsburg Waterfront! The NJ show is one night earlier, and... HERE! Maybe there will be Pool Parties again this summer afterall.. 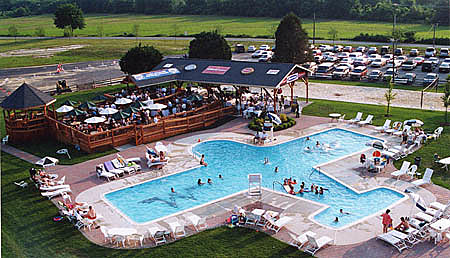 Pitchfork also notes that, "Unless otherwise noted, Dan Deacon will do all the [other] shows below with his ensemble, which means there's going to be a ton of dudes onstage at these shows.". All dates for all three bands below...

then all three bands are playing Lollapalooza on 8-08, and they all have separate dates as well....