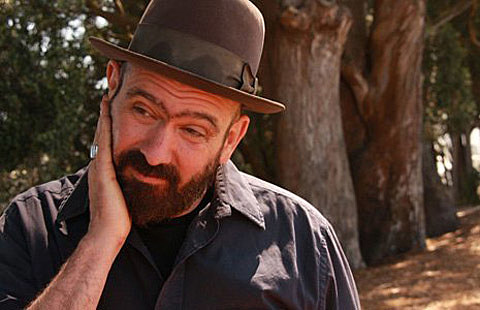 "For The People Who Wonder if AMC is Touring

During the reunion in 2005 it was good to play with these guys again - though we had changed a lot in a decade. We made a great record - still we didn't have a Bruce Kaphan or a Tom Mallon to keep the music focused and cohesive (I'm certainly not the one to do that when my own songs are involved.) We toured a bit, played one show in 2006 (at a Gap store) then I wanted to work more with Vudi and we put together a band in Los Angeles.

Fans want to see a band frozen in that time when the music meant something to them. A particular record, or a particular show that really knocked them out at the time. I do it too. I knew during the reunion AMC would not be the same group we were in 1991 - and that was tough. You want to give fans what they want (or at least I do) and its a bitch when things aren't the same. You just keep going - you just move on..."
[Mark Eitzel]

While American Music Club may be no more for now (they did tour in recent years though), you CAN catch frontman Mark Eitzel TWICE in the next couple days. TONIGHT (12/6) Eitzel will bless Knitting Factory with Kathryn Calder of The New Pornographers and Himalayan Bear. Tickets are still available. Tomorrow (12/7) he plays at Joe's Pub as part of the Happy Ending Music and Reading Series with Amanda Stern, Jesse Browner, and Walter Kirn.

Mark Eitzel's appearance at Joe's Pub is the early show at the venue, with The Barr Brothers headlining the later show, one of two scheduled for the band in NYC this week. They also play Union Pool on 12/8. All of their dates are listed below.

Kathryn Calder is currently on the road with Himalayan Bear in celebration of her new LP Bright and Vivid (out now). Check out a video for "Who Are You?" from Bright and Vivid below, alongside all tour dates...

--
Kathryn Calder ~ Who Are You? (Official Video)