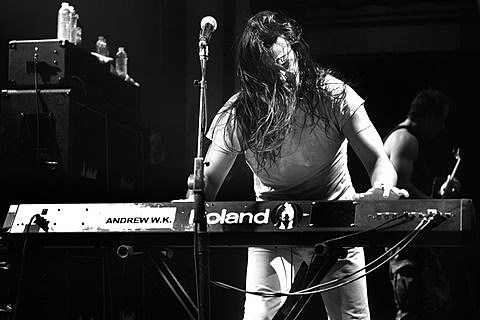 Back before Bamboozle started hitting Asbury Park (or other nearby places in NJ) every spring, the similar Skate and Surf Festival used to go down there, but hasn't been in active in eight years. Following the announcement that there will be no Bamboozle in 2013 (but they say, "keep your eyes peeled for 2014 info"), it was announced that Skate and Surf Fest is being revived this year, and will happen from May 18 to 19 at Plaza Green at iPlay America (110 Schanck Road) in Freehold, NJ.

Though we'd never turn down a solo set by Andrew WK, the rest of the lineup is not one we particularly care about, much like most of Bamboozle's lineup in years past. Other bands playing include Macklemore & Ryan Lewis, Saves the Day, Bayside, Into It. Over It., Hopsin, and more. Tickets go on sale Saturday (1/12).

Full lineup and flyer below... 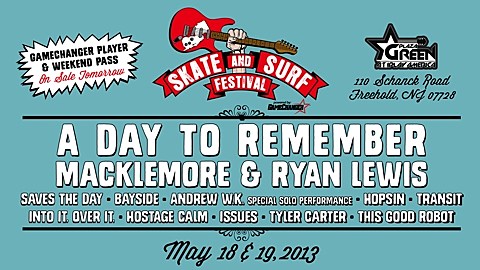 Skate and Surf 2013 Lineup:
A Day to Remember
Macklemore and Ryan Lewis
Saves the Day
Bayside
Andrew WK
Hopsin
Transit
Into It Over It
Hostage Calm
Issues
Tyler Carter
This Good Robot