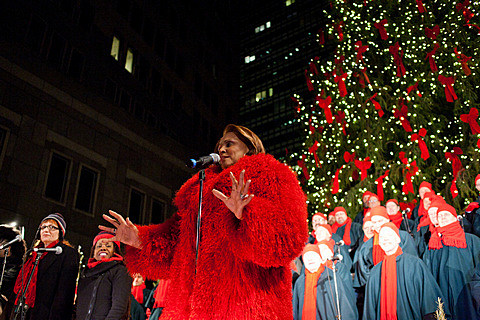 The safety and security of our employees, tenants and customers is always our top priority, and we are grateful that no one was seriously injured at The Seaport during the storm.

Hurricane Sandy caused incredible devastation to our City, and The Seaport was seriously impacted.

While we currently do not have a definitive timeline for reopening, The Howard Hughes Corporation is very committed to rebuilding the Uplands and Pier 17 as soon as possible. To that end, we are working diligently to coordinate all necessary assessment, remediation and inspection of the many buildings that make up South Street Seaport. In fact, remediation in some areas is already underway, including certain common areas. However, because of the various issues related to the Uplands and Pier 17, it will be several weeks before everything is fully evaluated by experts and a more firm timetable can be established. Some buildings at The Seaport may open sooner than others and we will share updates through our website and other channels as available.

At this time, tenants are being permitted to access their spaces to assess damage and address their own business issues. Otherwise, Pier 17 is currently closed to the public, except for essential personnel.

The Seaport is a popular and treasured destination in Lower Manhattan, and we have an exciting redevelopment plan for Pier 17 that will continue despite the storm. We are very proud of the hard work of our team and hope to be able to share more updates soon. We look forward to rebuilding and welcoming visitors and neighbors back to The Seaport as soon as possible.

May the Seaport rise again, but meanwhile that means no Christmas Tree this year, or at least no tree lighting ceremony, which in 2010 included a performance by Rock and Roll Hall of Fame inductee Darlene Love.

Darlene Love, as always, will still be celebrating the holidays though. Her Annual Christmas Celebration at B.B. King's in NYC has gone from one to two nights of cheer. Tickets are sale for shows on December 9 and December 10. You can also catch Darlene on Letterman on 12/20 (watch the video of her appearance last year below and at NJPAC in Newark two days later. All of her dates are listed below along with the video of her performance on Letterman last year.

Ronette Ronnie Spector, also in the Hall of Fame and who has also played the Seaport tree lighting, is also keeping up tradition and will bring her "Best Christmas Party Ever!" back to NYC, DC and CT this year. Tickets are on sale for the 12th annual show at B.B. King's on 12/14. All dates are listed below...