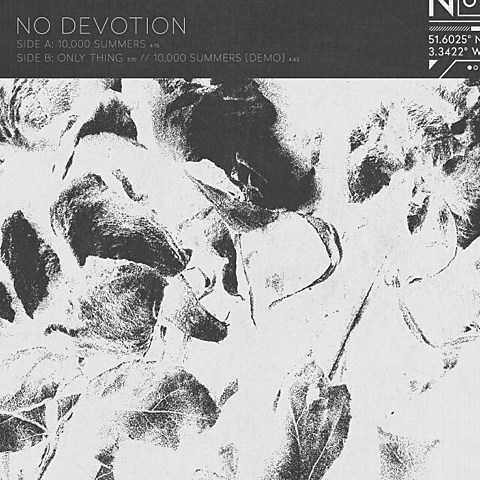 Geoff Rickly's band with ex-Lostprophets members No Devotion have announced that they'll follow their debut single with a new EP called 10,000 Summers on October 27 via Geoff's Collect Records. The title track is out now and it's a bit more like latter day Thursday than No Devotion's last single. (Dave Fridmann, who produced those albums, mixed this.) Stream that below. No Devotion previously had a tour with Neon Trees announced which has since been cancelled (sigh of relief) so now their headlining NYC show will also double as their US live debut. As mentioned, that show happens on October 28 at Glasslands, and since we last spoke Ricky Eat Acid, Black Clouds and Creepoid were added to the bill. Tickets are still available. Creepoid will be here for CMJ too.