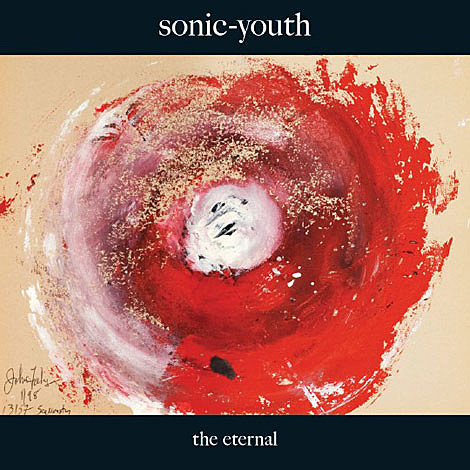 Sonic Youth's 16th album, 'The Eternal', will be released on double vinyl, compact disc, and digital album by Matador Records on June 9. Produced by John Agnello and the band, 'The Eternal' not only marks Sonic Youth's return to the independent label sphere (titles on their own SYR label excepted) after a long association with Geffen, but more importantly, ranks as one of their more inspired efforts in a 28 year career.

Recorded through November and December of last year at the band's Echo Canyon West studio in Hoboken, NJ, 'The Eternal' features many firsts for a Sonic Youth album, including a number of shared vocals between Kim, Thurston, and Lee, and the studio debut of former Pavement/Dustdevils bassist Mark Ibold, a member of Sonic Youth's touring band for the past few years.

As previously announced, Sonic Youth is headlining one of the three No Fun Fest nights at Music Hall of Williamsburg in May. Here is the three-day breakdown:

Tickets weren't supposed to go on sale until Sunday, but as someone pointed out, they are actually ON SALE NOW (that includes the $60 three-day pass).

All SY tour dates and the new album tracklisting below...