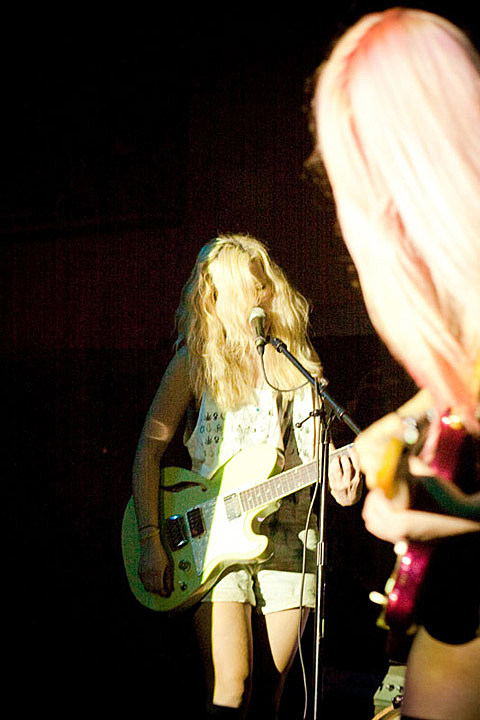 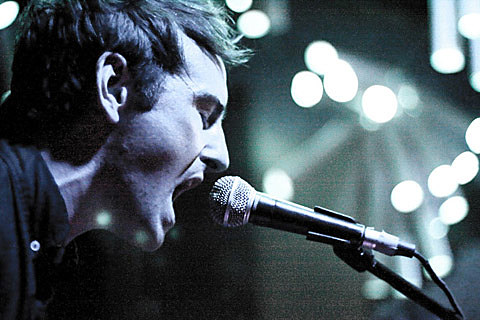 No Joy's tour swung through NYC this week, with two shows for the Montreal shoegazers, first at Mercury Lounge (5/15) and then at Glasslands last night (5/17). The band's new album, Wait to Pleasure, is very much a studio creation, with producer Jorge Elbrecht of Violens buffing some of their more jagged edges in favor of more a lush sound that would've been right at home on 4AD Records in 1988. It's a terrific record, but I was happy to see no laptops or headphones at their show last night. While still in possession of honeyed vocals from Jasamine White-Gluz (using a harmonizer to great effect), songs like "Hare Tarot Lies" took on more pummeling form. This was especially true of show-closer "E" (which is opens their album) that is kind of their "You Made Me Realize," disintegrating into pure noise.

For fans of goth-leaning shoegaze, this was a great show as support came from Weekend who moved from San Francisco to Brooklyn last year, and even more recently adding a fourth member, Nick Ray, to the band. With Ray on bass, singer Shaun Durkan now plays second guitar. One might expect that to result in an even greater din, but last night's show was a bit turned-down, volume-wise, for the band. (It was still plenty loud.) Which maybe suited the set, which was made up almost entirely of Weekend's forthcoming album, Jinx, that trades white noise for liquid basslines, dark dance grooves and much hookier songs. The new direction suits them well and if you haven't heard first single "Mirror" you can stream it below.

Weekend's next show will be during the Northside Festival where they'll play Knitting Factory on June 15. Tickets for that show just went on sale today. They've got a few shows in California in July, too, and all dates are listed below.

I missed openers Grand Resort, but they have a few shows coming up including tonight (5/17) at Big Snow Buffalo Lodge where they'll play with Minneapolis' great BNLX. Those dates, along with more photos of No Joy and Weekend, are below. 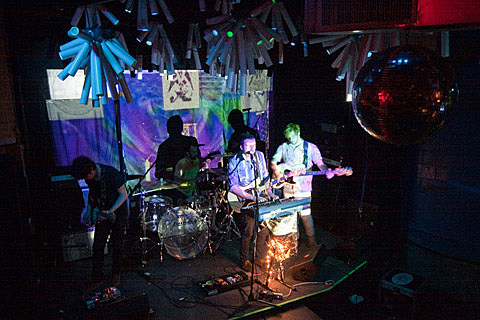 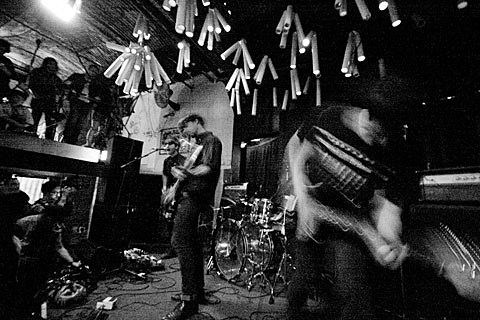 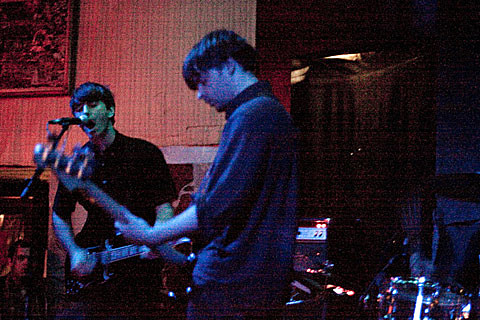 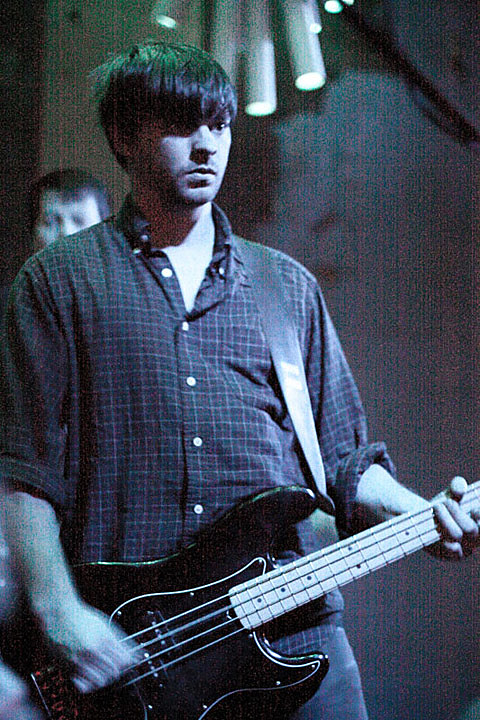 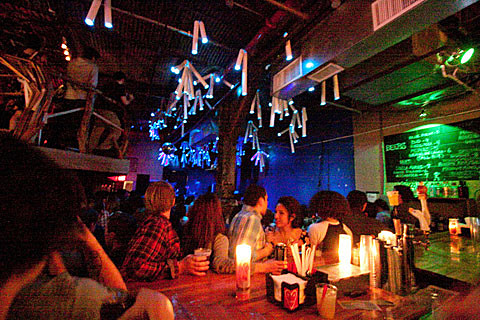 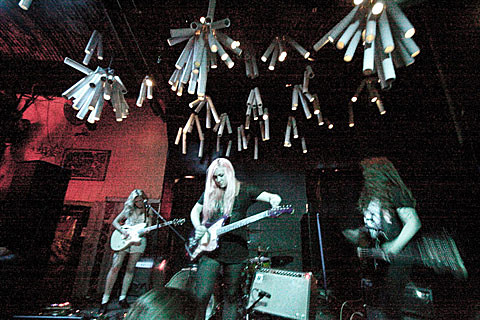 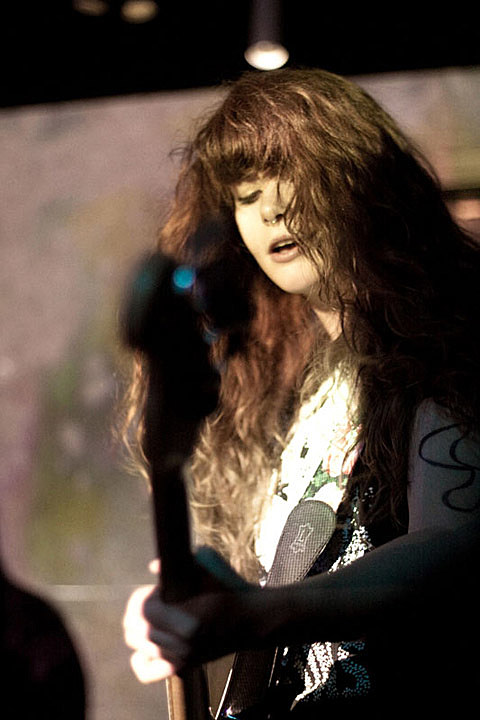