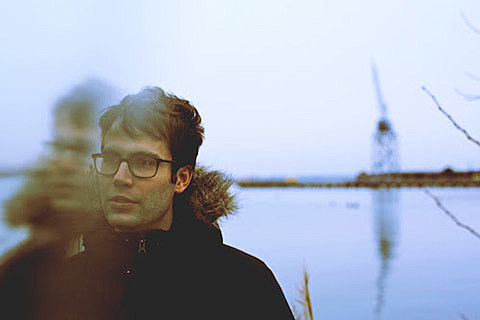 Michael Hammond stays immersed in music. He's a sound designer, producer, and programmer, and is also label manager at New Amsterdam Records, the Brooklyn label that blurs the lines between modern composer and pop. Hammond also records for New Amsterdam under the guise of No Lands whose debut album, Negative Space, came out last month. While the record is ambient in nature, there's still a strong compositional element at its core, with flourishes of dreampop and R&B. It works for both active listening or, you know, spacing out. Check out the whole thing below.

No Lands is a quartet live -- with Jay Hammond, Anthony LaMarca, and Aaron Roche -- and will play a record-release party at Baby's All Right on Sunday (8/24). Also on the bill are Lorna Dune and headliner DJ/Rupture. Tickets are on sale.

No Lands album stream below...