'No Other' tribute at MHOW (more by Gretchen Robinette & PSquared) 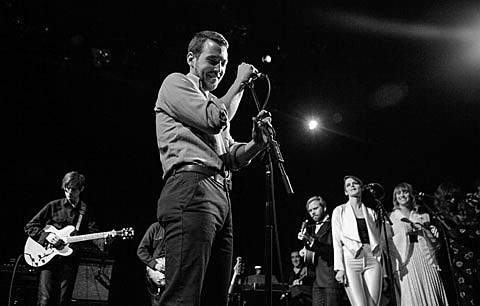 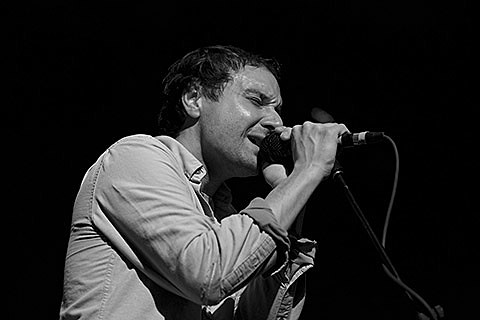 Earlier this year, former Byrd Gene Clark's 1974 solo album, No Other, was paid tribute to on a tour with an indie supergroup that featured members of Beach House, Fleet Foxes, Grizzly Bear, The Walkmen, Wye Oak, Fairport Convention and others. The tour hit NYC for two sold-out Music Hall of Williamsburg in January -- here's what we said about one of them:

Gene Clark's 1974 solo album, No Other, was dismissed by critics at the time as being bloated and overproduced but in recent years has become a lost classic. So taken with it were Andy and Victoria of Beach House, they spearheaded a tour to recreate the album live with a host of their Baltimore musician friends (plus some notable non-Baltimore friends to sing lead), and a chorus of singers.

I'm not sure how many people were there because they loved No Other and how many people thought, like, Beach House might play a few of their songs, but certainly by midpoint in the show the crowd was fully on-board. After an excerpt of Gene Clark documentary The Byrd Who Flew Alone, Bella Union's Mark Byrne came out to introduce the evening and how things would be working. The album was played in order, with Fleet Foxes' Robin Pecknold opening the night with lead vocals on "Life's Greatest Fool." When the harmonies kicked in about a minute into the song -- courtesy Jenn Wasner (Wye Oak), Victoria Legrand (Beach House), Tony Drummond (Celebration) and Cricket Arrison -- Clark's orchestral vision blossomed to life. Robin would also sing "Strength of Strings" a few songs later.

Pitchfork filmed one of the Music Hall of Williamsburg shows, and has now posted a video of the full show, which you can watch below.

If you missed them, check out our pics of the show HERE, HERE, and HERE.