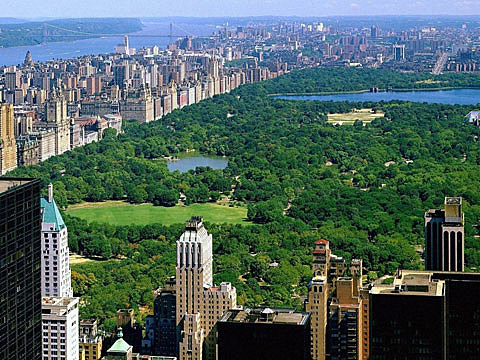 "For more than 30 years, the orchestra has performed free concerts in the parks in July. The shows draw thousands to sit on blankets and enjoy snacks and wine while listening to the classics under the stars.

Only in New York. But not this year.

Because the Philharmonic will not be offering Sousa in Central Park, Prokofiev in Prospect Park or Ravel in Cunningham Park. Vacation scheduling does not permit it, a spokesman declared.

The voice of the Philharmonic said orchestra members need time off in July because they will be performing in three special programs in September, including a Central Park outing with operatic tenor Andrea Bocelli." [NY Daily News]

No Philharmonic in July, but there will be Black Eyed Peas, Taylor Swift, Carole King, Natasha Bedingfield, LL Cool J, Whoopi Goldberg and others in a big free benefit concert in Central Park tonight (6/9). Approximately 60,000 people are expected to show up today starting at 3:30pm. Stay home and laugh at them via the Livestream.