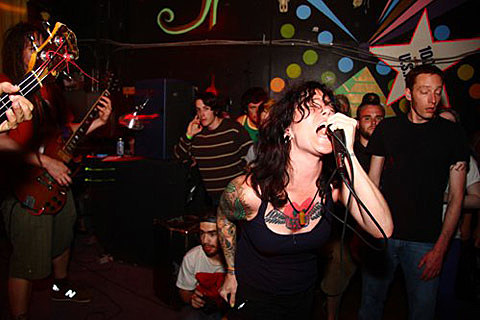 Bay Area punks No Statik will release their debut LP, Everywhere You Aren't Looking, next week (5/29) via the venerable Prank Records -- the same label who put out the band's No Hospice 7" and We All Die in the End 12", both from last year. You can stream "Earnest" and the album's title track below, and order yours now via the label (who also have the 7" in stock, the 12" is sold out).

The band -- whose lineup includes ex-members of Look Back & Laugh, Artimus Pyle, Scrotum Grinder and more -- are hitting the road for a West Coast tour that includes Chaos in Tejas where they'll play three times in four days. All listed tour dates -- and those track streams -- are below