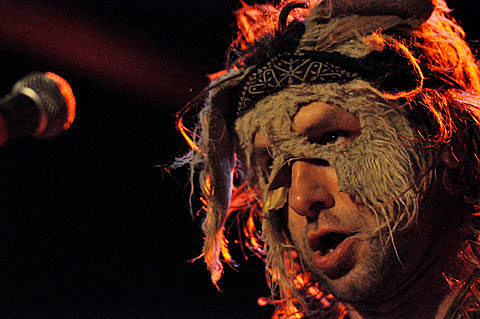 Bay Area weirdo Nobunny released his most recent album, Secret Songs, back in September. While staying in his bubblegum garage milieu, the LP is definitely his best-sounding record yet, and arguably his catchiest batch of songs to date. You can stream the whole thing on Spotify and check out the video for "Little Bo Bitch" and a horror-themed trailer for the album, below.

Nobunny is touring this winter and that includes a stop in NYC at Baby's All Right on February 5 with Wisconsin duo The Hussy. Tickets for that show are on sale now.

All dates are listed, along with that video, below...