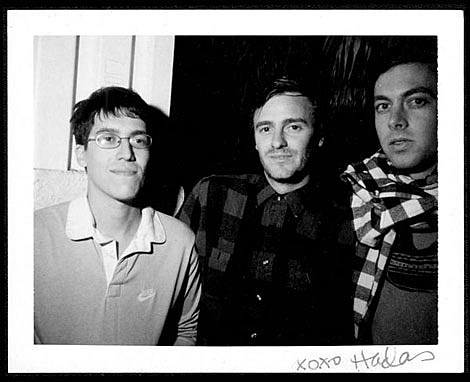 This week is especially filthy with good shows so let's not waste any time. The biggest deal, at least for me, is the WAVVES / NODZZZ who are playing in town three times this weekend. Both are from California, spell their names in all-caps with repeated consonants and make lo-fi punky pop. San Diego's WAVVES seem to be getting most of the attention, with two records out in less than a year - last year's Wavves on Woodsist and the forthcoming Wavvves (note the extra V) on Fat Possum (it was originally on De Stijl). On record, WAVVES is basically one dude, Nathan Williams, but live they are a duo, and from the clips I've seen on YouTube, they are slightly less imposing live than on their distortion-on-everything recordings.

I'm more excited about NODZZZ, who are a trio from San Francisco and just released a great vinyl-only 12" on What's Your Rupture. (You can also get it on Emusic.) It's bratty and nasally and sounds a lot like the Dead Milkmen, but NODZZZ aren't as overtly jokey. They play Friday (2/6) at Market Hotel, Saturday (2/7) at Less Artists More Condos, and a Sunday (2/8) afternoon show at the Underground Lounge. All shows are with Woods and Blank Dogs. 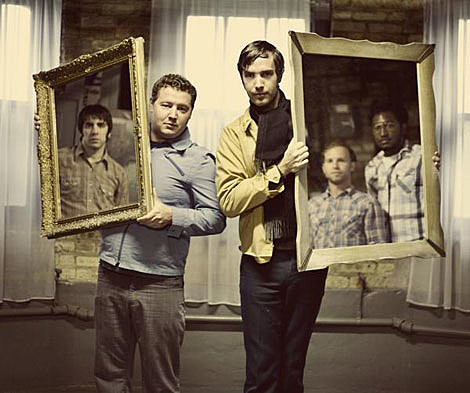 Good show tonight (2/4) at Cake Shop. Portland's Musée Mécanique make baroque pop, heavy with mellotron, glockenspiel, and accordion. Their album from last year, Hold This Ghost, is quite lovely. It might be too precious for some, but I hear they are really good live (especially for you glockenspiel lovers) and would like to check them out. Also playing are locals Soft Black (not to be confused with The Soft Pack) who are starting to get some attention. I haven't seen them live but their new album, The Earth is Black (and Other Apocalyptic Lullabies for Children), has some good songs on it. And as this site mentioned previously, Dave Deporis opens. 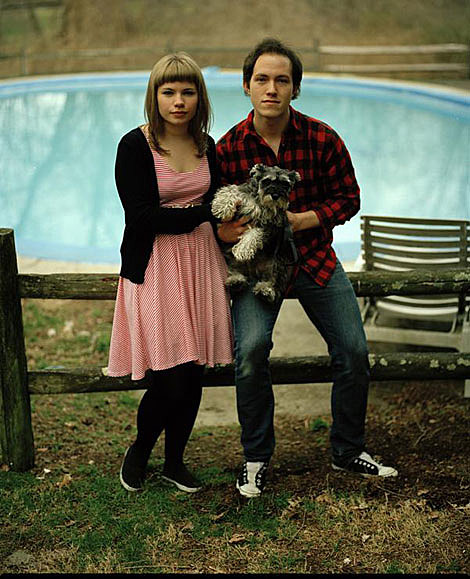 One of my favorite new local bands, Savoir Adore, are playing Thursday at Bowery Ballroom, opening for Francis and the Lights. Fronted by Deidre Muro and Paul Hammer, Savoir Adore make the kind pristine guitar pop you used to hear a lot with '80s bands like The Go-Betweens and Let's Active but isn't so much in fashion these days. They aren't too far away from what Stars do, either, though less grandiose if you know what I mean. Ther EP Savoir Adore have out on Cantora Records is good, but is a concept record fairy tale thing that is good but not a very good introduction to the band. (Their proper debut will be out on Cantora this summer.) I've seen them a couple times and they are very, very good live. If you don't check them out at Bowery, keep their name in mind. Definitely one of my Bands to Watch in '09.

The Pains of Being Pure at Heart 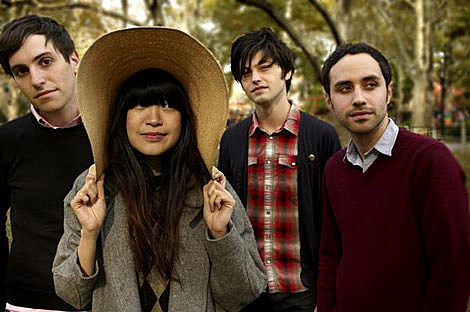 The Pains of Being Pure at Heart released their great debut album this week and are kicking off a month-long tour with The Deprecation Guild with a show this Saturday (2/7) at Mercury Lounge that also features their Slumberland label-mates cAUSE co-MOTION. It's sold out, but TPOPBAH play The Bell House on March 13 with awesome UK band Let's Wrestle (who are also playing a Todd P show but more on that later) and Knight School. Tickets are still on sale for that one. 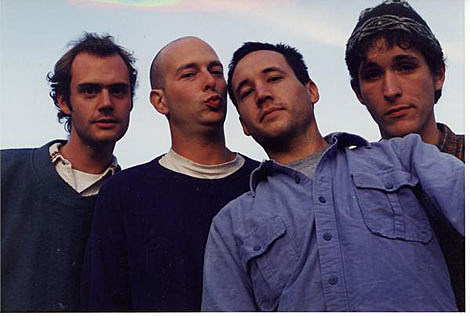 Also Saturday (afternoon) at Union Hall is a (2pm) show that seems transported in a time machine from Brownies in 1997, with Babe the Blue Ox, Ida, and The Mommyheads. The night is actually the second-annual memorial tribute to Mommyheads drummer (and later for Beekeeper) Jan Kotik who lost a three-year battle with cancer in 2007. The Mommyheads, who I was unaware were back together, put out a new record last year, You're Not a Dream. As for Babe the Blue Ox, I never really got into them but they had a fervent following in the '90s. The original line-up got back together last year and are working on a new record so I'm told. And Ida have been making truly lovely folk-pop since the early-'90s, having grown from a duo to a four-piece over the years and are now on Polyvinyl, who released last year's underheard Lover's Prayers. Also on the bill: The Ditty Committee and Mighty High. It's a free afternoon show!

And finally in this overstuffed post, Cake Shop is having their first ever Yo Doo, a monthy swap meet type mart that is best explained in this press release:

YO DOO is a brand spanking new art + comix + small press + record fair that happens on the first Saturday of every month at New York City's Cake Shop. From noon till seven you can see + hear + buy + trade with the cream of D.I.Y. crop on both floors of the store, followed by a special live musical performance. We are looking for small publishers, record labels, printmakers, zinemakers, comix manufacturers, artists and crafters who want to want to sell their wares and have a good time. At YO DOO, Cake Shop is your shop.

Among the vendors will be Cake Shop's in-house label Cape Shok and this week Yo Doo also features performances from Love Panther and Baltimore's Sick Weapons. A full rundown of vendors at the Yo Doo blog. It's free admission. Buy stuff, it's what the goverment wants you to do!

Tour dates, flyers and videos below... 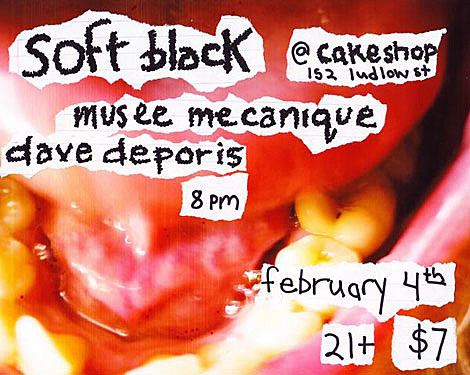 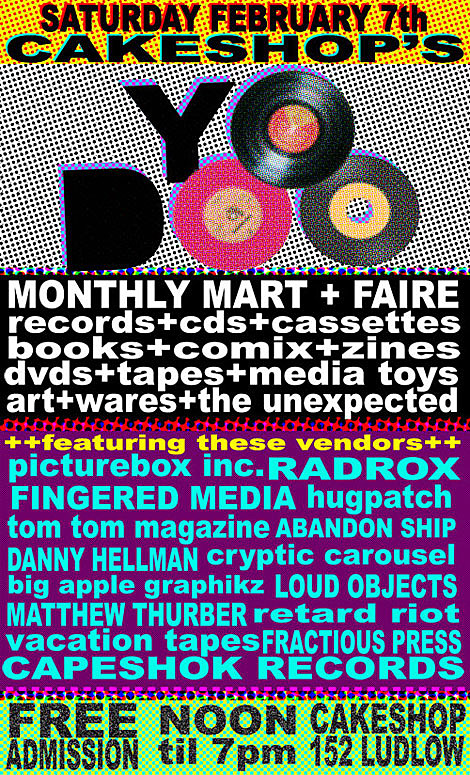 Savoir Adore - "In the Wooded Forrest"

Ida - "The Weight of the Straw"

The Pains of Being Pure at Heart - "Everything with You"