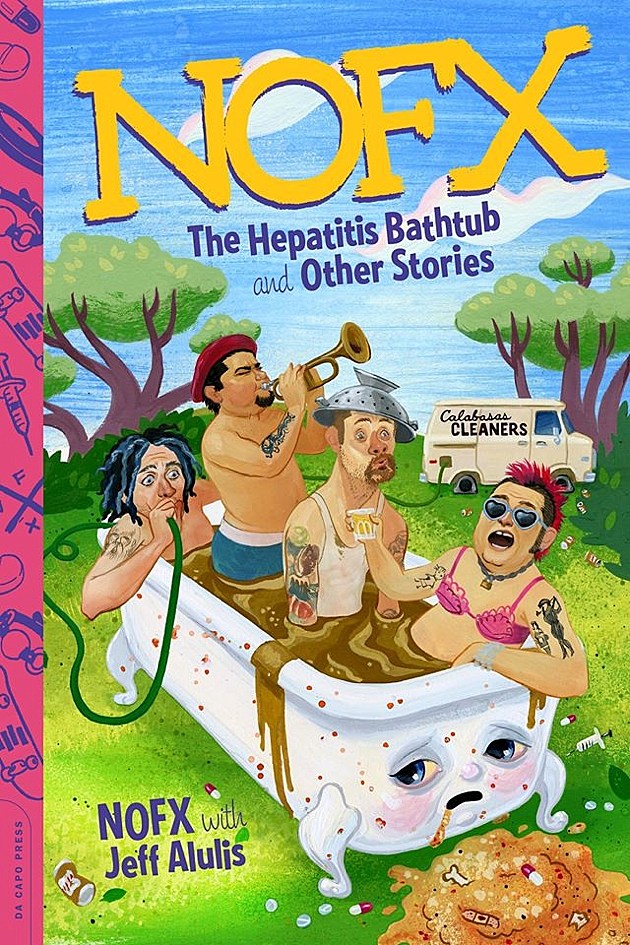 Snotty pop punk lifers NOFX are celebrating their career with a 352-page autobiography called The Hepatitis Bathtub Stories and Other Stories on April 12 via Da Capo Press. It was written by NOFX with Jeff Alulus. Here's the description:

NOFX: The Hepatitis Bathtub and Other Stories is the first tell-all autobiography from one of the world's most influential and controversial punk bands. Alongside hilarious anecdotes about pranks and drunkenness and teenage failures--featuring the trademark NOFX sense of humor--the book also shares the ugliness and horror the band members experienced on the road to becoming DIY millionaires. Fans and non-fans alike will be shocked by the stories of murder, suicide, addiction, counterfeiting, riots, bondage, terminal illness, the Yakuza, and pee...lots and lots of pee. Told by each of the band members (and two former members), NOFX looks back at more than thirty years of comedy, tragedy, and completely inexplicable success.

They'll support the book on a tour this spring that has a live show and a bookstore event in each city. In New York, they'll hit Irving Plaza on April 29 and the bookstore event is at The Strand. Tickets for the Irving show go on sale Friday (2/5) at 10 AM with a Citi presale starting Tuesday (2/2) at 10 AM and Live Nation/Music Geeks/Ticketmaster presales Wednesday (2/3) at 10 AM.