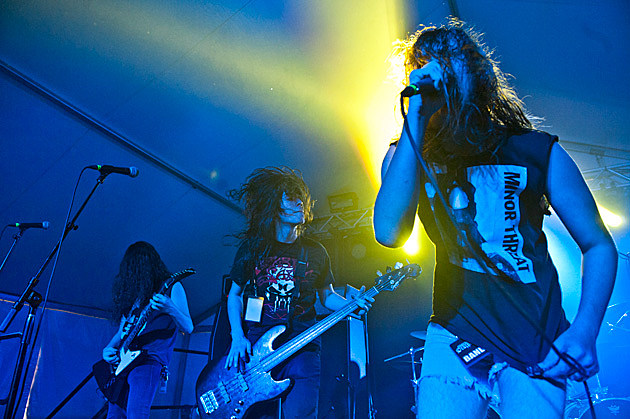 Baltimore death/thrashers Noisem followed their great 2013 debut LP in late 2014 with the new single "Consuming," a 2-minute ripper that evolves from high-speed thrash into apocalyptic sludge. It was released on a 7" with covers of Terrorizer, Slayer and Cannibal Corpse, and you can stream that whole thing below.

Noisem will presumably have their sophomore album out soon (they recently finished tracking), but in the meantime they've got dates announced. Those include a NYC show happening March 28 at Acheron with Demon Eye, Dealer, BILLxNYE and Scowl. Tickets for that show are on sale now.

No word yet if a larger tour will be announced, but all currently known dates are listed, with that 7" stream, below...