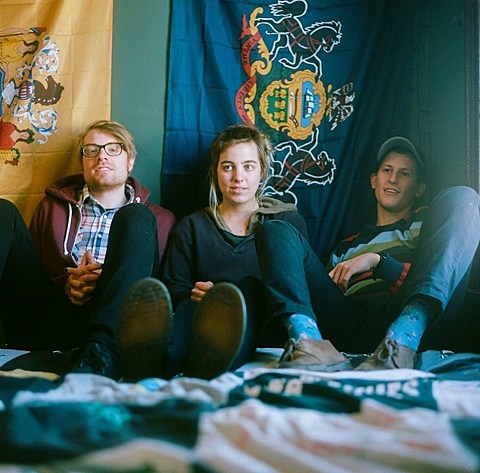 Philly's Nona, who we profiled earlier this year ahead of the re-release of their debut LP, Through the Head, on 6131 (out now), have announced that after four short years they're calling it quits. They posted to Facebook:

We do have a couple things still planned though - - we are playing in Brooklyn Oct 3rd, and then you can keep your ears peeled for the last Nona show ever that we'll have in Philly sometime in November. You'll be able to buy our records at these shows, and always at 6131records.com and deadbrokerecords.com

Huge thanks and appreciation to anyone who as lent us a helping hand, supported us, listened to our music, came to our shows, etc. You guys have been so great and we love you.

Like it says above, their previously discussed October 3 show at Silent Barn will be their last NYC appearance and second to last show overall. It's with a great lineup of Rhode Island's Downtown Boys and California's joyride!, plus locals Adult Mom and Alice (Arm Candy dropped off). All ages, $10 at the door.

Peace out to Nona, it was a good run! Stream Through the Head below...

Nona - Through the Head