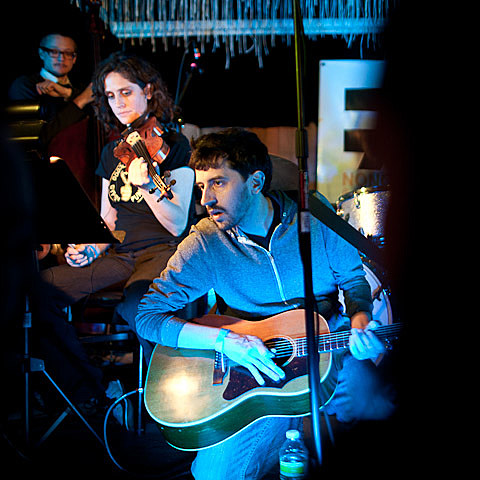 After a successful first show in February co-headlined by Hamilton and Gene with the help of David Dondero, an all-star house band and performer/noncert-creator Dave Godowsky (ex-John Shade), charity concert series NONCERTS will return to Cameo Gallery in Brooklyn on April 29th, and the main lineup is: Elvis Perkins, Martha Wainwright, and Jesse Harris (who also has a bunch of collaborative shows scheduled at LPR).

Dave Godowsky will also again perform a couple songs and play in the house band which features an all-star line up of NYC musicians: Pico Alt, CJ Camerieri, Jesse Harris, Dave Godowsky, Clarice Jensen, Ben Lester, Eivind Opsvik, Caleb Burhans, Christina Courtin, and Doug Wieselman. The venue, Cameo Art Gallery, is hidden in the back of the Lovin' Cup Café at 93 North 6th Street in Williamsburg. As I've been told, "just follow the signs for the restrooms and you'll find it (not a joke)."

Tickets are $20 and on sale now. 100% of the proceeds go towards getting pianos in every Brooklyn public school. Check out some videos from last time, below...