Langhorne Slim & band (which does not include Danger Mouse) 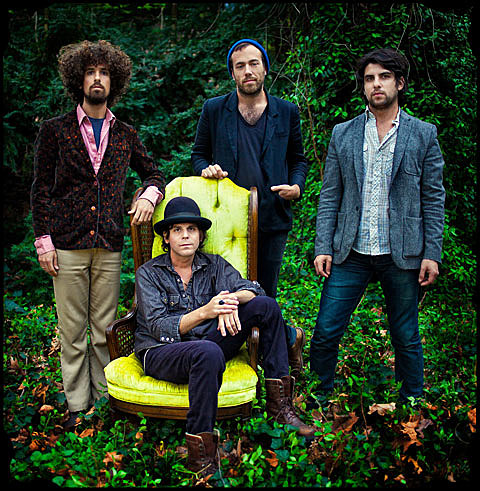 Norah Jones, whose new Danger Mouse-produced album Little Broken Hearts is out now, is playing the Bell House Friday, May 11. Tickets for the Brooklyn show go on sale at noon today (5/8). Norah also has a much larger show coming up at Central Park Summerstage in July and other dates which are listed below.

Cory Chisel is one of the many artists playing the upcoming Dylan Fest at irving Plaza and the Do Division Festival in Chicago. He's also opening for Murder By Death at the previously mentioned Webster Hall show which is part of a larger tour for the two artists. In August he hits the road with Norah Jones. All tour dates are listed below.

Some of Murder by Death's dates are with Ha Ha Tonka, who just played the Kentucky Derby and meanwhile will hit the road with Langhorne Slim for a tour that visits Bowery Ballroom on June 14. All dates are listed below...