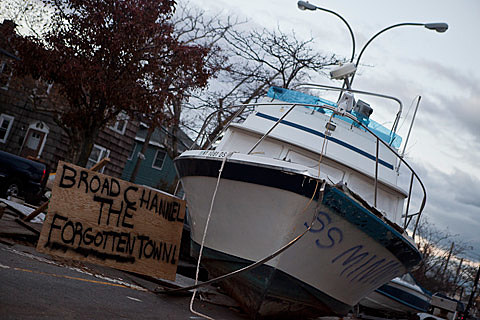 Jimmy McGovern, operations chief with New York City's Sanitation Department, is tasked with clearing what superstorm Sandy left smashed onto the streets of this neighborhood, where he has lived for the last 20 years.

"I can visualize what it used to look like before, it's heartbreaking," he said. "Nobody ever thought it would be like this." [WSJ]

Earlier today Congressman Anthony Weiner came out of Twitter retirement, not with words or lude pictures, but just with a reminder via a YouTube link that the "Rockaway Needs Us." You can watch the video he was promoting below.

Now, over a week after Hurricane Sandy first devastated the Queens community, another storm is brewing, which for people in the Rockaways especially, is more than just an inconvenience...

A week after superstorm Sandy caused massive damage and power outages, some New York and New Jersey residents been evacuated ahead of a nor'easter that is expected to bring high winds and rain to the region.

Forecasters said Tuesday that the storm looks like it will be weaker than expected as it has veered farther offshore than earlier projections indicated. Still, winds could gust up to at least 50 mph in New York and New Jersey Wednesday afternoon and into the evening.

Storm surges could reach up to 3 feet on the coast lines. The highest recorded storm surge during Sandy in New York was 13.88 feet. [ABC News]

Evacuations also mean more people in shelters, and more people in shelters throughout the five boroughs mean more volunteers needed (though not in the Rockaways today - Wednesday). Do you live near the Park Slope Armory? Do you speak Russian? As always, keep an eye on NYCService and Occupy Sandy for ways to help (in the Rockaways, Red Hook, Staten Island, Coney Island, Long Island and elsewhere - possibly right near your apartment). Have a sleeping bag? 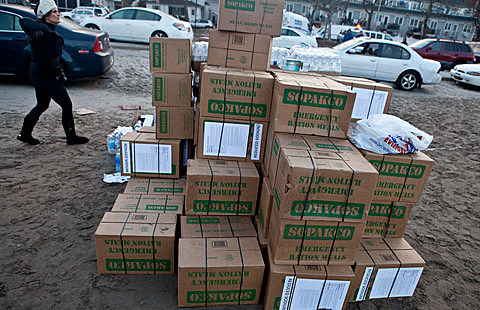 Looking for fun ways to help? Attend or play a benefit show.

BV photographer Gretchen Robinette, whose pictures you recently saw from Red Hook and Staten Island, also headed out to the Rockaways the other day and snapped some shots (like Belle Harbor resident Paul Lurrie did before her). More of those and a bunch of videos, below... 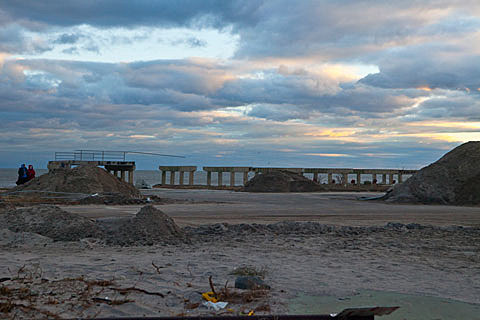 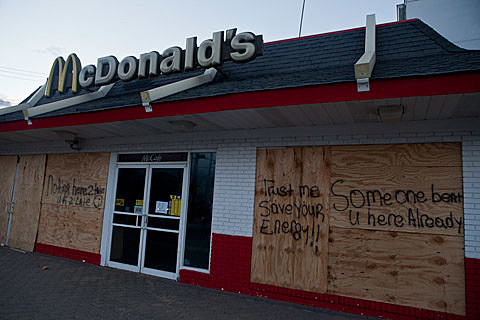 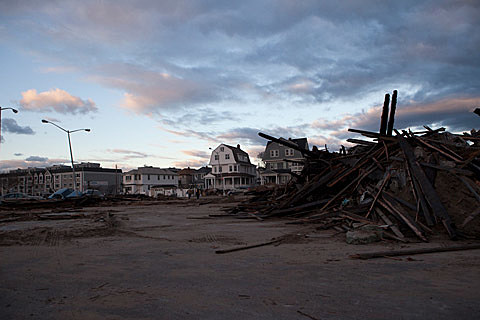 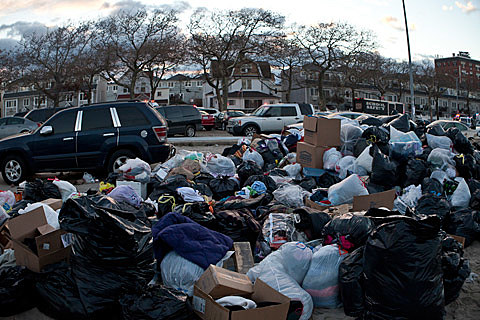 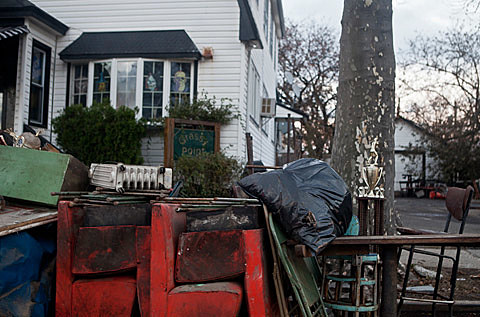 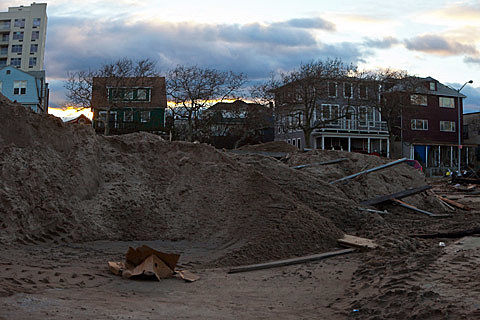 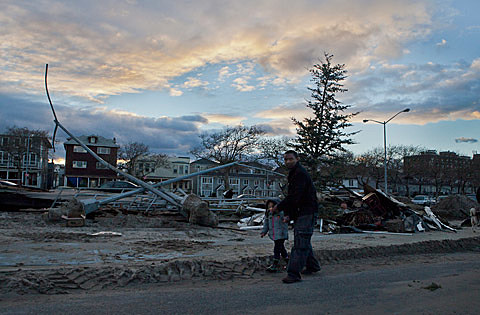 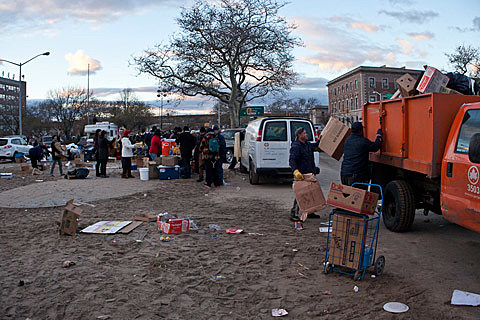 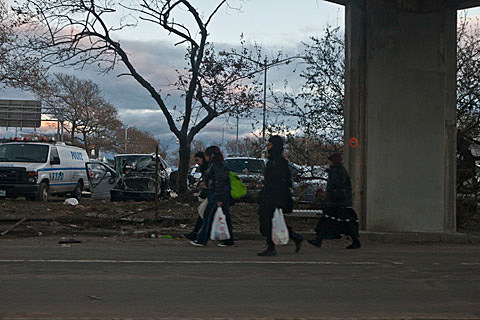