North Highlands at Glasslands in 2011 (more by Jessica Amaya) 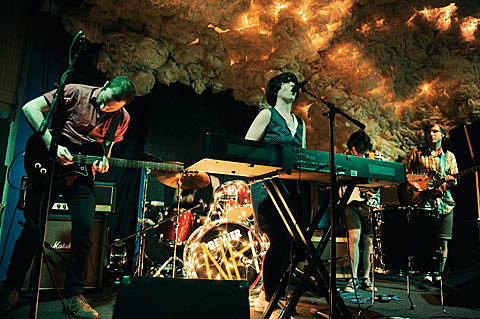 It's been nearly two years since North Highlands released their debut album, Wild One, and while they work on its follow-up, the Brooklyn group have a stopgap 7" with two new tracks. Both sides are really good, and a little more guitar-oriented than we've heard from them previously. You can stream them below.

You can hear them live too, as North Highlands are playing a record release party on Saturday (8/10) at Glasslands with Brazos and Chalk & Numbers. Tickets are on sale.

In related news, NH guitarist Mike Barron has his own band, Bennio Qwerty who traffic in muscular, precision rock. They just released a new EP, Picture Of, which is a free download on Bandcamp for the next week. You can also stream below.