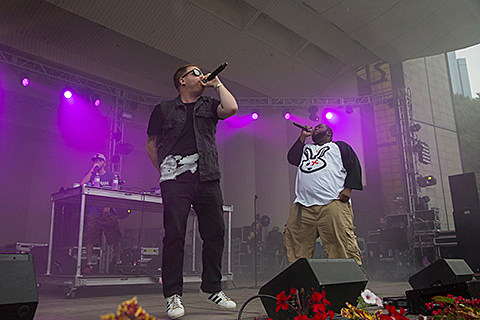 As mentioned before, the music portion of the 2015 Northside Festival happens June 11 - 14 at venues all over north Brooklyn. We already knew Viet Cong, Lower Dens and Ex Hex were playing and the fest has now official announced them in their initial lineup. Also in that list: Run the Jewels, Best Coast, Vince Staples, Rhye, Built to Spill, Neko Case, ALVVAYS, Against Me!, Jacco Gardner, Majical Cloudz, The Business and more. Badges are on sale now (and currently 20% off) and you can check out all announced 2015 artists, below.

Built to Spill have a new album and many other dates on the way too.

Both Vince Staples and Alvvays will be in NYC even sooner.

The wild Oi! punks The Business' Northside show was announced for June 11 at Saint Vitus with more TBA (tickets).