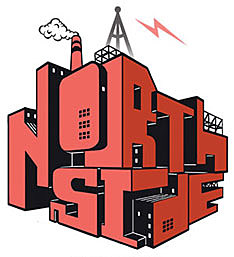 It's come to our attention that at last night's Strength in Numbers showcase at Shea Stadium, the show's organizers refused to let in badge-holders. First and foremost, we sincerely apologize to anyone who was turned away-you spent good money on a badge that we said would grant you admission to this show, and we feel terrible about it.

That said, we would also like to point out that if we're guilty of anything here, it was deciding to partner with an organization that would go back on its word in order to carry out what seems to be little more than a publicity stunt. For every copy of this flyer they distributed last night, we have an email from them stating in no uncertain terms, and with lots of exclamation points even, how thrilled they were to be a part of the Northside Festival.

We have a lot of work to do and a lot of music to see, so we don't want to dwell on this for too long. It's worth noting, though, that in orchestrating this stunt, which was meant to call attention to what they perceive as injustice, Strength in Numbers failed to realize that the only impact it would have was essentially to take money out of the pockets of people who support the work they do and the artists they love.

We apologize again, and hope that you enjoy the rest of the festival.