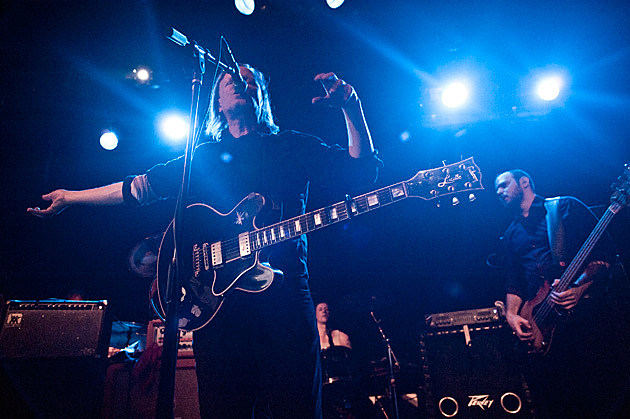 As mentioned earlier today, The Northside Festival will return in 2013, and have announced the initial lineup for the June 13 - 20th festival. The musical program will run from June 13-16 and besides the previously discussed Iceage and Son Volt, will also feature Black Flag (with Greg Ginn and Ron Reyes, not to be confused with FLAG) Swans (who are playing Bonnaroo), The Men, Rhys Chatham and Oneida (collaborating), Merchandise, Lambchop, Twin Sister, Lower, Milk Music, WHY?, Chelsea Wolfe, the Soft Moon, Destruction Unit, and more.

The festival will take place across venues in and around North Brooklyn, with free concerts in McCarren Park, portions of Williamsburg streets shut down and Pitchfork taking over Saint Vitus for three nights of shows. More details are on the way.

As part of it, Swans play Warsaw on June 13 with Chelsea Wolfe. Tickets for that show go on sale Friday (2/22) at noon.

Tickets for the Black Flag show, which happens at Warsaw on June 14, go on sale Friday (2/20) at noon, featuring appearances from Good For You, The Men, and Netherlands. The show is one of two scheduled for The Men, with the band also scheduled to headline Bowery Ballroom in March.

Badges for Northside 2013 go on sale Friday (2/22) at noon. A full listing of today's announcement of Northside bands is below.