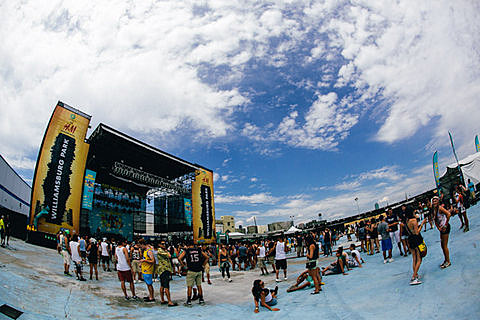 As touched on in the Northside Festival lineup additions we just posted, the annual Northside Festival (June 12-19) will be hosting concerts at what-used-to-be Williamsburg Park at North 12th and Kent in North Williamsburg, Brooklyn. The name of the venue has changed to 50 Kent which much like 285 Kent is named after its actual address. June 13 and 14 shows with The War on Drugs ($20 adv, $25 day of) and Beirut ($35 adv and day of), which are happening during the actual Northside Festival, will kick off " a summer-long Northside Summer Concert Series at 50 Kent", though no other shows as part of that series have been announced yet.