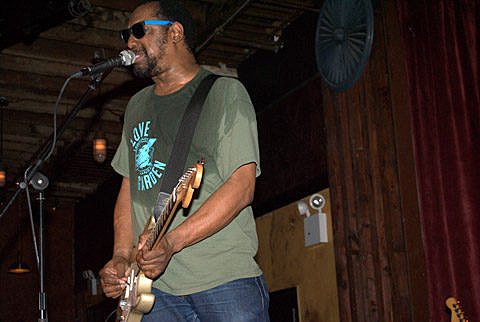 As mentioned, Mac DeMarco and White Fence will be playing the Panache Northside showcase at Brooklyn Bowl on June 13. That show now also includes Walter TV. Tickets for that show are on sale now. Show flyer below.

White Fence also play another Northside show the next day at Knitting Factory (tickets). Mac DeMarco has a ton of other upcoming dates too, all of which are listed below.

Brooklyn Bowl is hosting other Northside shows too, including one of Questlove's weekly Bowl Train parties as a late show after the Panache showcase (tickets).

The following night (6/14), the venue will be headlined by Sinkane with Xenia Rubinos playing as well.. Tickets for that show are on sale now. Sinkane has other upcoming dates, including another NYC-area show happening on June 16 at Maxwell's (tickets) which is also with Xenia Rubinos. All dates are listed below.

That same night, Bond Music Group are doing their showcase as a late show (doors: 11:30 PM) with Chrome Canyon, Computer Magic, AVAN LAVA (DJ), and Chateau Marmont. Tickets for that one are on sale.

Then, on the Saturday (6/15) of Northside, New York Night Train are doing their showcase, which includes an early show with The Gories and Daddy Long Legs; and a late show with Jonathan Toubin doing his Soul Clap & Dance-Off party with guest DJ Mick Collins (of the Gories and Dirtbombs). Tickets for the early show and the late show are on sale now. Show flyer below.

Finally, on June 16, POP Montreal is doing a show with Born Ruffians, The Spinto Band, and Turf War. Tickets for that show are on sale.

You can also get into any of these shows with your Northside Badge. All Mac DeMarco and Sinkane dates are listed, along with show flyers, below... 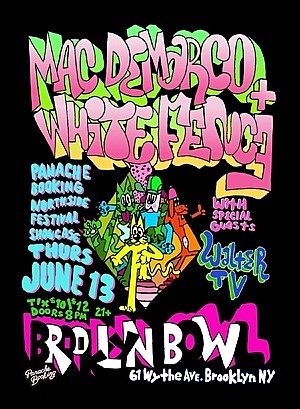 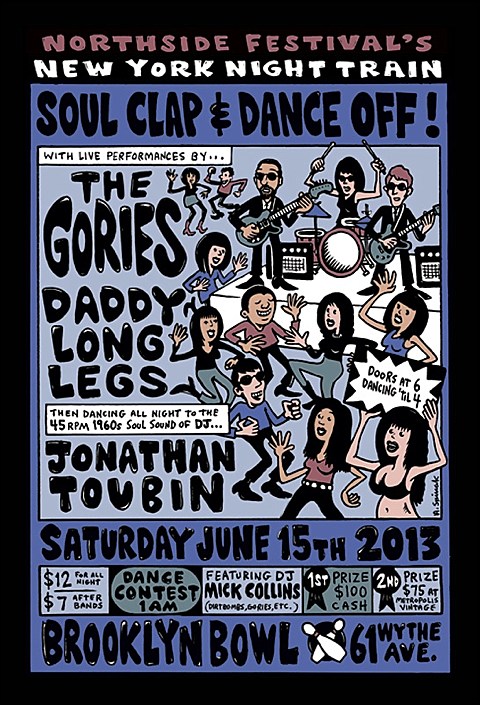