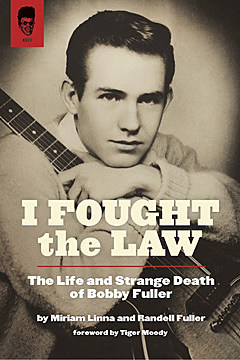 The good folks at Norton Records will be celebrating the season again at The Bell House the weekend of December 5-6. The centerpiece of this year's Holiday Spectacular happens on Friday, December 5 with performances by The Randy Fuller Four, Andy Shernoff & the Norton All-Stars, A-Bones, Daddy Long Legs, Miriam & Nobody's Babies, and Bloodshot Bill. Then on Saturday, December 6 the Bell House will screen documentary The Seeds: Pushin' Too Hard about the '60s psych-garage band. Tickets are available separetly for these two events or as a discounted package.

Randy Fuller, who played bass in The Bobby Fuller Four, also just published a book titled I Fought The Law: The Life And Strange Death Of Bobby Fuller. There's a book launch happening on Thursday, 12/4 at Jefferson Market Library NYPL (425 Sixth Ave @ 10th St) where Randy will be signing copies of the book. That happens at 7 PM and is free.

The Bell House hosts a lot of holiday-themed events. Norah Jones' country band Puss 'N' Boots will throw a Christmas Extravaganza on December 11. Mick "Mankind" Foley will be Santa for the evening and more musical guests will be announced. Tickets are on sale now. On a similar note, there's The Sweetback Sisters' Country Christmas Singalong Spectacular on December 14 (tickets).

Eliot Glazer will tape a holiday version of his web series Haunting Renditions where he "takes some of pop music's most infamous songs and turns them into highbrow, sweeping ballads," on December 16. Special guest: his sister Ilana Glazer of Broad City (who are doing two nights at Bell House a few days earlier). Tickets are on sale.

A couple more: Wasabassco's 70's Christmas Carol on December 18 is a funky, disco-fied re-imagining of Dickens' beloved holiday classic (tickets); and Harry & the Potters present The Yule Ball on December 21 with performances from The Potter Puppet Pals, Draco and the Malfoys, Tonks and the Aurors, Lauren Fairweather, and Whomping Willows (tickets).

Flyer for the Norton Holiday Spectacular below... 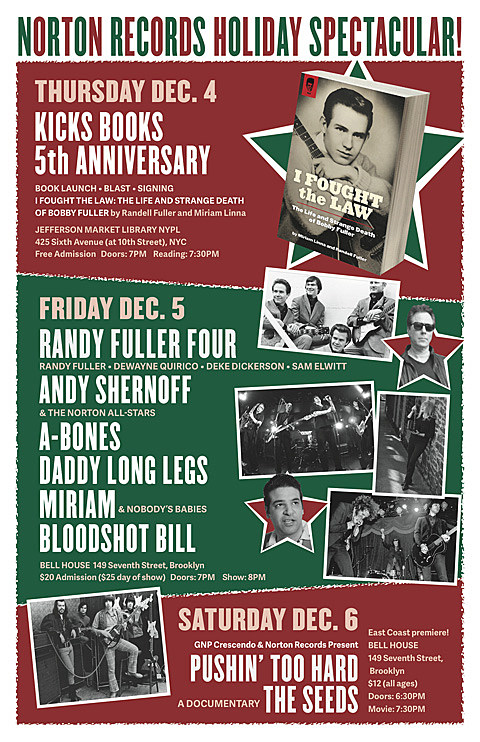