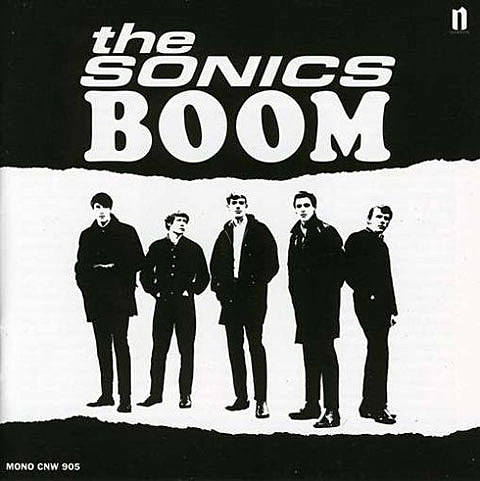 Classic NYC garage rock label Norton Records will celebrate their 25th Anniversary over the course of four nights at The Bell House (Nov 10-13). The shows feature some pretty incredible artists, including most notably The Sonics, whose 1965 garage rock classic Here Are The Sonics is regarded by some as the first punk rock album. Norton Records reissued the album in 1999. The Sonics headline the last night (11/13) of the run. Tickets are on sale now for all four nights.

Tickets are also on sale for a daytime Sonics show happening November 12th at Maxwell's. You can hit this show and still not miss the show later that night at the Bell House. Sunday during the day is the Brooklyn Record Riot at Warsaw.

The Sonics need no introduction, but those not familiar should consider that Kurt Cobain said in a Nardwuar interview that "They got the most amazing drum sound I've ever heard. Still to this day, it's still my favorite drum sound. It sounds like he's hitting harder than anyone I've ever known." The White Stripes call them the "epitome of '60s punk," "harder than The Kinks," and say that "life becomes better after buying a Sonics record." Newer band Japandroids love them too, and say, "When you listen to it, even at low volumes, it sounds like it's blasting. And I like how you can feel they would melt your face if you saw them live." Don't sleep on catching them live. Last time they were in NYC was 2007. Who saw them at Warsaw? How was it? Check out videos from a December 2010 KEXP appearance below.

Fellow '60s garage rock vets ? and the Mysterians, best known for their 1966 single "96 Tears," headline the night before them. Other noteworthy bands include The Real Kids, led by John Felice of the The Modern Lovers, and The Randy Fuller Four. Randy Fuller was part of his brother's group The Bobby Fuller Four in the 1960s, who recorded the first successful version of the single "I Fought the Law," popularly covered by The Clash. Folllowing Bobby's untimely death in 1966 at age 23, Randy took over the group, which he renamed The Randy Fuller Four.

Reigning Sound, Mark Sultan (BBQ), The Condo Fucks, A-Bones, Flamin Groovies.... there are so many people on these bills, it's too much to list. Full lineup and some videos, below...

The Sonics - "Cinderella" live on KEXP in December 2010

SPECIAL GUESTS
CYRIL JORDAN and ROY LONEY of the FLAMIN GROOVIES
THE MIGHTY HANNIBAL
...and more!