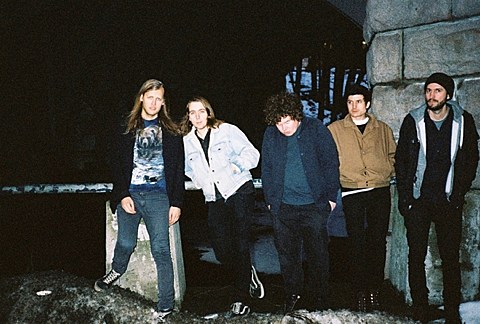 Norway's Haust first appeared on this site as a pack of snotty blackened hardcore brats back in 2011. Times change, and the band has grown up, shedding members as well as much of their previous sound. On their fourth full length, Bodies, the band has blended krautrock and psychedelia into their music, making it slower, stranger and altogether more sinister.

Joseph Schafer wrote the above about Norwegian blackened punks Haust over at Invisible Oranges, along with the premiere of "Out Like A Light" from their new album and an interview with founding vocalist Vebjørn Guttormsgaard Møllberg and new bassist Henrik Øiestad Myrvold. Check out that song and previous single "Light," below, and read that interview here and here. Bodies is out now.

Haust will be coming to the US for SXSW, but first they stop in NYC to play Saint Vitus on Monday (3/16), opening for '90s SoCal skate punks Guttermouth (seriously), along with Counterpunch and Wonderboy. Tickets are on sale. (They were initially supposed to play Acheron on Saturday, but that's been cancelled.)