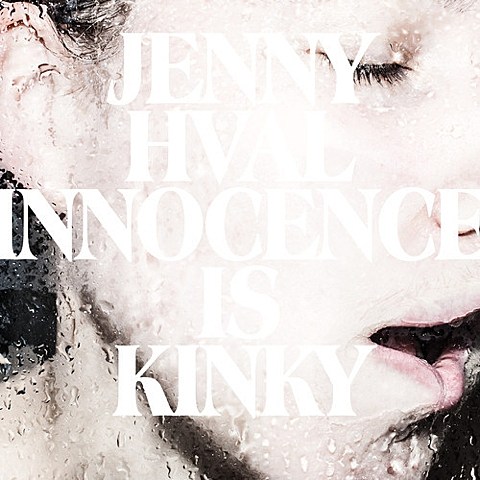 Norwegian musician Jenny Hval has been making music for a few years now, initially using the moniker Rockettothesky before deciding on using her own name instead. This year, she released a new album, Innocence Is Kinky, which is proving to be something of a breakthrough album for her. It was recorded by longtime PJ Harvey collaborator John Parish, which of course has gained her some comparisons to PJ Harvey. But more often than not, the sounds I'm hearing on this record sound routed in the experimental art pop of Laurie Anderson, or for something more contemporary, a darker Julia Holter.

The album's arrangements are bleak, strange, and often disconcerting. Jenny has a confident, commanding voice that drifts between spoken word, whispering, and an off-kilter falsetto. And she doesn't hold back lyrically either. "That night I watched people fucking on my computer. Nobody can see me looking anyway," Jenny says to open the album, before there's even a sign of a guitar riff. You can stream three tracks from the album below.

Jenny has played shows internationally for years, but she is now set to go on her first North American tour this fall. That tour culminates in NYC with shows happening on October 1 at Mercury Lounge and October 2 at Glasslands. Tickets for the Mercury Lounge show go on sale Friday, June 14 at noon with an AmEx presale starting Wednesday (6/12) at noon, and tickets for the Glasslands show are on sale now.

Jenny Hval - "Mephisto In The Water"