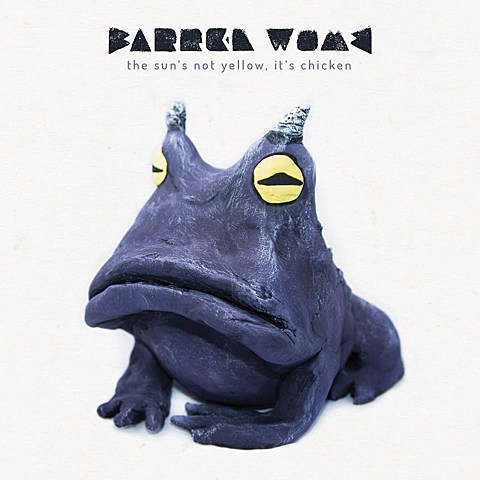 There must be something in the water over in Norway, because we've been getting some killer hardcore from over there -- first Kvelertak, and now another band called Barren Womb. They've been described as a blend of "hardcore punk with elements of black metal, rock 'n' roll, and country" which should be a familiar description to Kvelertak fans, but the bands don't sound alike as much as they take similar approaches (a big difference is Barren Womb sings in English). Sure, Barren Womb are a hardcore band through and through, and one that couldn't have existed til at least the '80s, but like Kvelertak, many of their influences are as classic as classic rock gets.

On new single "Kill Hicks," they've got the one-note-piano-line-over-distorted-power-chords that The Stooges and John Cale perfected on "I Wanna Be Your Dog" (and Kvelertak also did excellently on "Blodtorst"), late '70s hard rock riffage (played at hardcore speed) and a wah-wah guitar solo. All the ingredients to live our your rock star dreams via your punk rock rebellion.

"Kill Hicks" appears on their upcoming debut LP, The Sun's Not Yellow, It's Chicken, which comes out on March 11 via Spartan Records (pre-order), and a stream of that song makes its premiere in this post. No US dates for the band at the moment, but let's hope that changes soon.