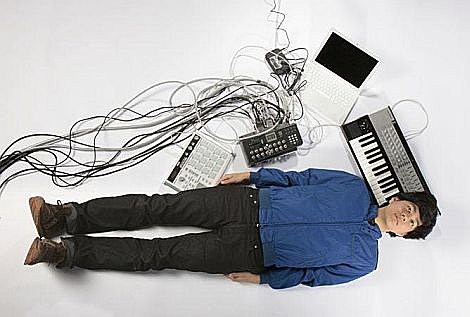 "What a mesmerizing thing it was to watch this guy [Nosaj Thing] alone on stage, his own shadow looming against the projection screen behind him, turning knobs and slapping out drum hits while the crowd (in a singular head-nod) just stood there in shock. The way a DJ "performs" on his decks, Nosaj Thing's feet were in a constant two-step dance while his arms and hands flailed when the music became bigger or started a transition. After 45 minutes, Nosaj left the stage and the crowd slack-jawed while Warren G.'s "Regulate" played during the encore's interim. Nosaj Thing's roughly one hour set was a perfect union of lights, sounds and total crowd control." [Reverb]

Toro y Moi and Nosaj Thing spent some time on the road together in November, but that tour never hit NYC. They make up for it with a post-tour reunion which goes down at Music Hall of Williamsburg in Brooklyn tonight (12/3) (and if you're confused about the venue it's because this show was originally scheduled at Good Units). Mary Ann Hobbs and Dirty South Joe are also on the show which LA's Nosaj Thing is advertising as the "New York Debut of Visual Show", but note: Toro Y Moi is only DJing at this show. Flyer and all dates below... 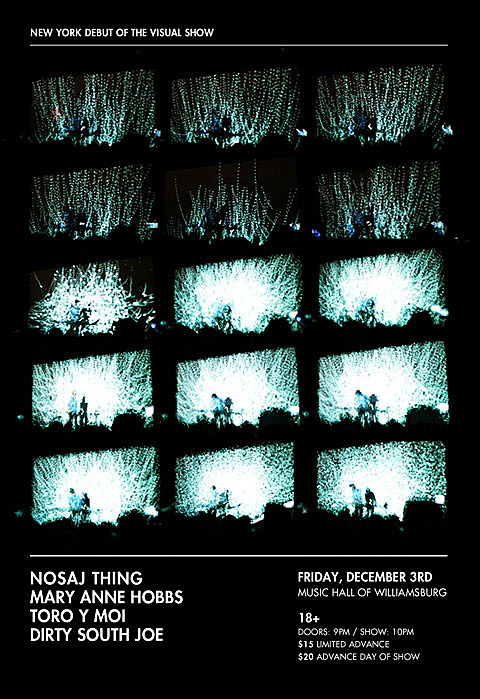