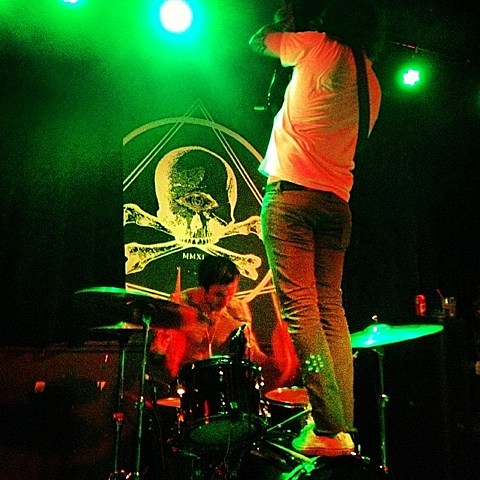 After playing SXSW, Philly shoegazers Nothing brought their tour to NYC for a sold-out show at Saint Vitus last night (3/20) with Dark Blue, Sannhet and York Factory Complaint. During their set they covered Nirvana's "Sliver" (which they've done before), and unARTig was on the scene to capture it. Check out a video of their cover, plus one of them playing "Get Well" and videos of the three openers, below.

Nothing's tour has them back in NYC for a free Converse Rubber Tracks Live show on April 4 at Glasslands with DIIV, which is now also "sold" out.

And speaking of Nirvana, Seattle police reexamined Kurt's death case, saying "It's a suicide. This is a closed case." Nirvana also have other news, including a campaign to turn Kurt's childhood home into a museum, a Rock Hall update, a Record Store Day 7", and a cover of "Dumb" by Sivu. More on all that here.