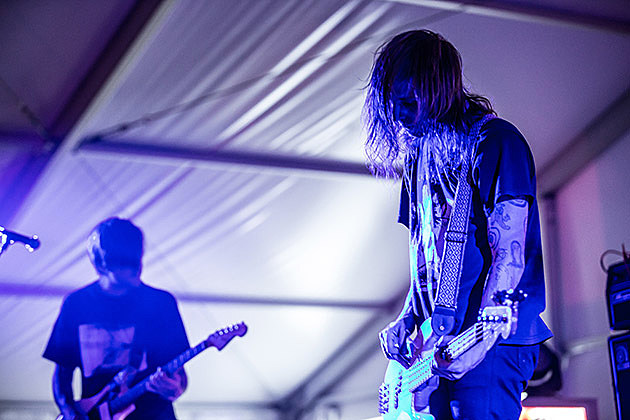 Nothing have been on tour with Merchandise and Cloakroom, but recently had to cancel a few dates due to a medical emergency. The plan was to continue the tour, but sadly the band have now dropped off all remaining dates. They write:

Despite our efforts to try and play the remaining shows on this tour, unfortunately the injuries sustained are proving to linger longer than expected and we will be forced to cancel.
Apologies to ticket buyers, promoters, venues, agents, Merchandise, and Cloakroom.
We're in awe of these shitty unforeseen circumstances and extremely saddened. We will return when we can. Thanks for your understanding.

Bummer to hear, and best of luck to the Nothing guys. The tour goes on with Merchandise and Cloakroom, and hits NYC on Saturday (6/6) at Palisades (early) and Baby's All Right (late). Baby's is sold out, but there are still some tickets left for Palisades. Stay tuned for news of a replacement on those shows.

In happier news, the Nothing/Whirr-related Camera Shy are releasing their self-titled debut album on July 14 via Run for Cover and put out the new single "Colors Radiate" this week. Listen below (via Fader).