Nothing at Baby's All Right on NYE (more by Amanda Hatfield) 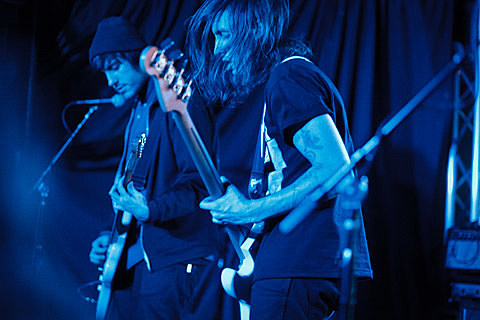 Heavy shoegazers Nothing just never seem to stop touring (which is good, because their live show is really something else). The Philly band just wrapped up some dates, including a post-SXSW NYC show earlier this month. They're already set to return to NYC for a show with DIIV on Friday (4/4) (RSPVed out), and they've just announced another full tour for the spring. That tour includes yet another NYC show for Nothing happening on June 14 at The Studio at Webster Hall. Tickets for that show go on sale Friday (4/4) at 10 AM. All dates are listed below.

According the tour flyer (also below), support on that show comes from "Superheaven," which doesn't actually seem to be a real band. They aren't listed on Webster Hall's site yet, but from show listings for Philly, Chapel Hill, Dallas and others, it seems pretty likely that Superheaven is actually '90s alt-rock lovers Daylight, who may need to keep this tour on the DL until their tour with Bayside ends.

Nothing also just made a video for "Bent Nail," one of the more upbeat tracks on their excellent debut album, Guilty of Everything. The video features a cameo from fellow Philly musician Kurt Vile, and was directed by Don Argott. Check out the new video, with the list of dates and tour flyer, below... 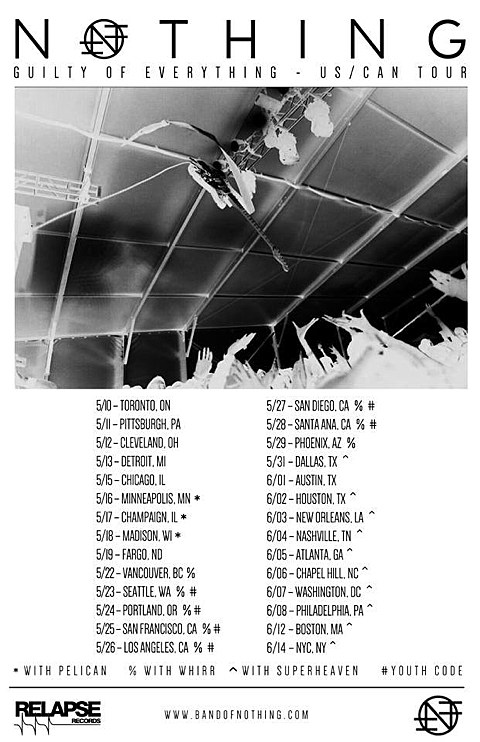 * with Pelican
+ with Whirr
^ with Whirr and Youth Code
% with Superheaven