Nicky of Nothing in the Crowd at The Studio (by @eyehatelucas, via Nothing) 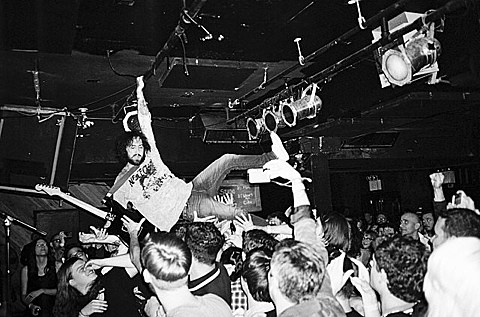 Nothing brought their tour with Superheaven to NYC this past weekend for a headlining show at The Studio at Webster Hall (6/14) with UnWed. The band were in typically great form, thrashing around on stage to their heavy shoegaze, and singer/guitarist Nicky Palermo launched himself into the crowd on more than one occasion.

Nothing have since announced that they'll join the previously announced Ceremony / Iron Lung tour, including the FREE NYC show happening July 18 at Brooklyn Night Bazaar. That is a hard triple bill to pass up for $0.

Nothing also recently filmed an Audiotree session. Watch that, with the list of updated tour dates, below...