Nothing at Baby's on NYE (more by Amanda Hatfield) 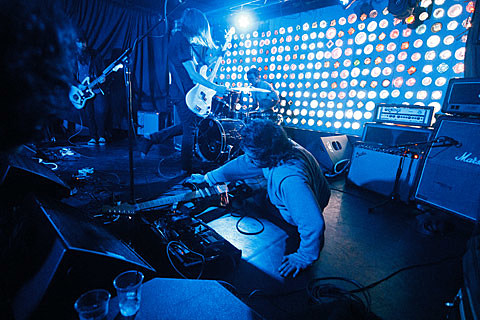 Philly shoegazers Nothing are only a couple of weeks away from releasing their debut album, Guilty of Everything (due out 3/4 via Relapse). After releasing two of its tracks, "Dig" and "Bent Nail," we now get a third taste of the album, "Endlessly." Like the previous two singles (and pretty much the whole album), "Endlessly" is heavy, and the atmospheres take the forefront, but there's an underlying pop song in there too. Check it out, via Rolling Stone, below.

Nothing also have an upcoming tour which brings them back to NYC for a show on March 20 at Saint Vitus with Dark Blue and Sannhet. Tickets are still available.