Nothing at Saint Vitus, July 2013 (more by Lukas Hodge) 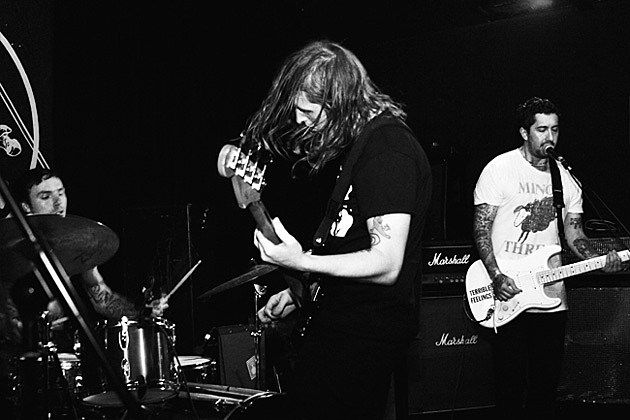 Much like their previous material on A389 Records, Nothing mines heavy shoegaze but never veers into full on metal territory, much like their godfathers in My Bloody Valentine did in the past. The band, which features current and former members of Salvation, Night Sins, Horror Show and more, is gearing up for a set of dates with Whirr that include Saint Vitus on August 13 with Dead Leaf Echo (tickets). Today they released a new track, "Dig," which will be on the band's Relapse Records debut ,scheduled for 2014.