photo: Nothing at Saint Vitus in March (more by PSquared) 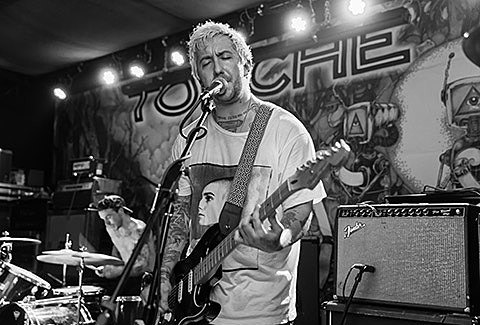 This past weekend was the 21st anniversary of Kurt Cobain's death, and now just a few days later, we're graced with a cover of "Something In the Way" from big Nirvana fans Nothing. It's an airy piano-based cover with the vocals pushed to the forefront more than they were on Nothing's debut LP. In its own way, it's as haunting as the original. Check it out below, via Noisey.

The song appears on the upcoming Nirvana tribute, Whatever Nevermind, which comes out on April 18 via Robotic Empire. Torche, Boris, Cave In, Touche Amore, La Dispute, Thou, Young Widows and more appear on it as well.