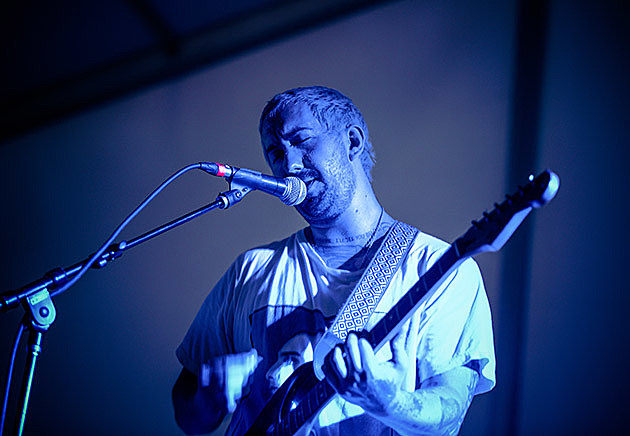 So, a lot of the writing that you're doing, do you feel like you're going into different directions from the older material? It's going to be somewhat similar because of the personnel, but are you trying to spin something different this time around?

There's never really been a solidified recipe for anything, and it all has been kind of loosely based on whatever was going on at the time. With Brandon's involvement later on, that just expanded. I feel like every release, there's at least one song on that's way further out than the release before. Then when we did the full-lengths, we tried to really like get a little loose with what we had available in the studio, so this time around we're, we have much more of a palette to play with. There's a bar upstairs and a beer distributor everywhere, and everyone is fully stocked with painkillers and we're just here for 12 hour days. There's a baby grand piano that Billy Joel recorded on and Will has access to string ensembles, so we're pretty excited. We are going try to completely come out of left-field with a lot of shit. There are gonna be similarities, but it's never gonna be the same. The second I start doing shit and it sounds repetitive, I'm gonna start doing something else. [Nothing interview with Noisey]

Philly shoegazers Nothing revealed in the above-quoted interview with Noisey that they're in the studio working on the followup to 2013's excellent Relapse-released Guilty of Everything. They had a one-album deal with that label, and for this one they opted to sign to Collect Records. Label head (and Thursday/United Nations/No Devotion frontman) Geoff Rickly says, "I've heard demos. Can not wait." This time around, they're working with producer Will Yip, who's done recent records for Title Fight, mewithoutYou, Pianos Become the Teeth and more.

From that interview, it seems like they've got some new sounds coming at us. That shouldn't come as too much of a surprise, considering their 2014 split with Whirr already had them going in a different direction than Guilty of Everything. Read the rest of the interview here and revisit "July the Fourth" from that split, below...