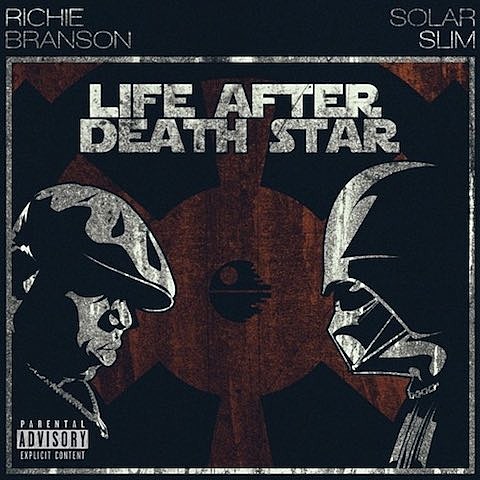 In case you needed more stuff to stoke your anticipation for the imminent Star Wars: The Force Awakens explosion (the movie opens December 18), producers Richie Branson and Solar Slim (aka Otaku Gang) have got something for you. Life After Death Star is album-length mash-up of Notorious B.I.G. tracks from throughout his short career and John Williams' iconic Star Wars music. This is basically exactly what it sounds like, and you probably already know if you're in the target audience for this thing. Some tracks work better than others, and personal highlights are "Party n Bullshit" with the cantina music, or "Dead Wrong" with the Imperial March. But again, this is either gonna be up your alley or it isn't.

Stream the whole thing below.