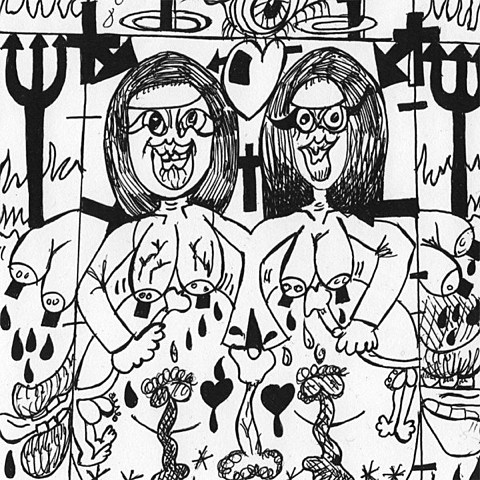 Noun, another project from Screaming Females singer/guitarist Marissa Paternoster, have surprise-released a new album. It's called Throw Your Body on the Gears and Stop the Machine With Your Blood, and it is out now on Don Giovanni. It's a dancey, catchy record that allows Paternoster to work out some gothy post-punk tendencies that don't really find expression with Screaming Females. It features artwork by Marissa's mom and some playing by Mark Bronzino (Big Eyes, Iron Reagan, Kicking Spit). Noun will be playing a record release show in Philly on 11/20 at Vox Populi, and you can stream their new album below.

Screaming Females are on tour now with Potty Mouth and hitting NYC on Sunday (11/8) at MHOW with Aye Nako (tickets).

Marissa's other other band Bad Canoes have a new EP out now and they'll open Shellshag's release show in Brooklyn on December 12 at The Bell House with Downtown Boys and Vacation (tickets).

Stream Throw Your Body on the Gears and Stop the Machine With Your Blood below...